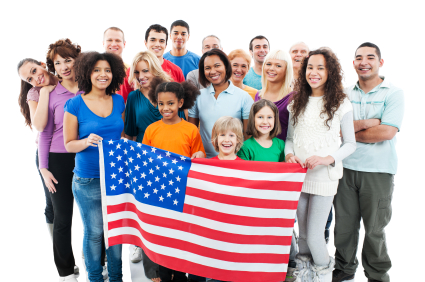 Marking the anniversary of the signing of the Constitution, Citizenship Day is a day of reflection. Two-hundred-and-twenty-five years ago today, the founding fathers of the United States agreed on having the Constitution be the official charter of government.

This enduring document guarantees the rights of the American people, and it ensures that the U.S. government is to work for its citizens. It states that the citizens will choose their representatives through democratic elections and that the government will be composed of an executive, judicial and legislative branch.

So Why Celebrate Citizenship Day?

Back in 1940, Congress requested the President set up a date for public observance of all who attain the status of American citizenship. It was then called “I Am An American Day,” and it was to take place on the third Sunday in May. In 1952, the date was changed to September 17, and it became known as “Citizenship Day” to recognize both naturalized citizens and the official designation of the Constitution.

American pride is high when the values and foundations of the country are remembered. Each year, on this day, people are encouraged to think about being a U.S. citizen and what it really means, for millions of people throughout the years have worked tremendously to become citizens.

Every year, the USCIS welcomes approximately 680,000 new U.S. citizens through the naturalization process. For immigrants, the United States represents a new world filled with opportunities. Many people come to the U.S. from places with oppressive governments where they have little chance to progress and, in some cases, no basic civil rights whatsoever. And this is why American citizenship is a huge aspiration.

To apply for citizenship, applicants must be at least 18 years of age, lawful permanent residents for five years, and be able to demonstrate good moral character. Applicants must also pass the interview and citizenship test.