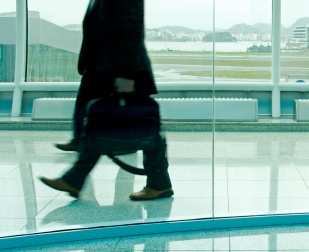 In the last couple of weeks, several news outlets have reported on the story of Asaf Darash. He is an Israeli entrepreneur, who despite having started his own successful company in the U.S., is currently facing deportation.

Darash’s company, Regpack, is a fast-growing software company based out of San Francisco that employs 15 people. He has been focused on expanding and adding more employees, but he has recently had to shift his focus onto his immigration status.

In September, he found out his application to renew his temporary work visa had been denied. Only 65,000 H-1B visas, or temporary worker visas for skilled immigrants, are available each year. These visas last for six years. There is always a high demand for them. Getting one is quite difficult. Most of Darash’s time since learning he had been denied is now spent searching for documents and speaking to lawyers and accountants in attempts to find a way around deportation.

Darash,38, studied computer science at Berkley, and after getting his Ph.D., he began Regpack without a co-founder and without contacts. His determination has guided him along difficult starting conditions. Often times, this same determination is what drives the success of immigrant entrepreneurs.

Some of the most successful companies in the United States have been founded or co-founded by immigrants: companies like Google, Paypal and Sun Microsystems. The fact that many immigrant entrepreneurs face deportation will have to change.

The jobs of many Americans depend on immigration reform.