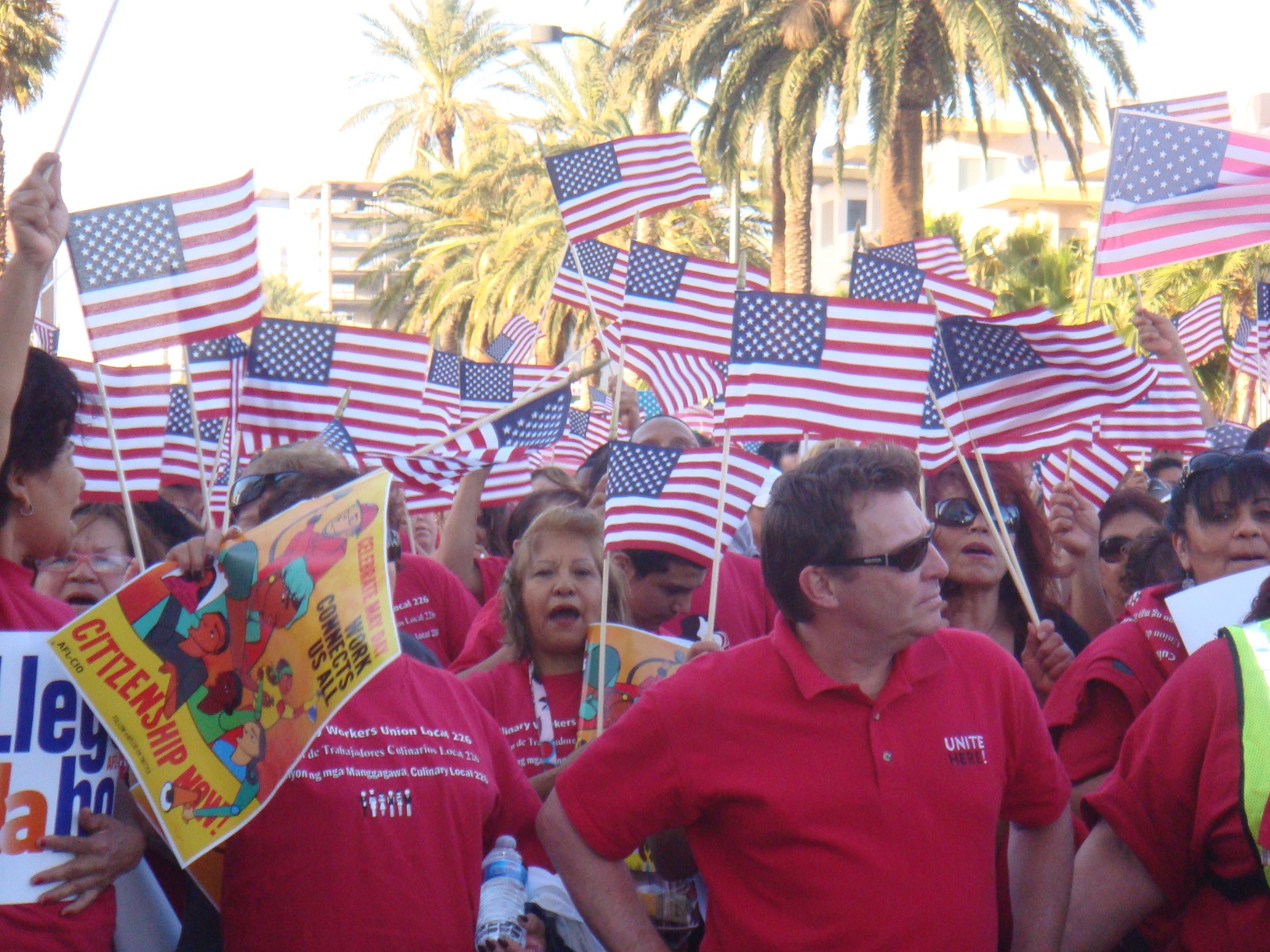 Across the nation, thousands of voices were heard yesterday urging Congress to pass immigration reform.

Shouting in Spanish “¡Congreso! ¡Escucha! ¡Estamos en la lucha! (Congress! Listen! We are in the fight!”), demonstrators showed their support for a change in immigration laws by marching at grass-roots rallies in dozens of cities.

The annual tradition of marching on May Day for the rights of workers was particularly special this year because of the debates on the Gang of 8 immigration bill that are currently taking place in Washington.

The last attempts at immigration reform happened in 2006 and 2007, and those years had massive May Day demonstrations. Opponents combatted those efforts by making phone calls and sending faxes to congressional offices, this at the request of conservative talk-radio hosts.

This time around, immigrant advocacy groups are complementing the rallies and demonstrations by actively communicating with members of Congress through social media and other technology.

Yesterday’s rallies featured speeches by people who shared personal stories on their struggle as undocumented immigrants as well as speeches by politicians who are pushing immigration reform.

In Chicago, Democrat Gang-of-8 member Senator Dick Durbin said America has a “once-in-a-lifetime opportunity” for immigration reform. “We need to seize that opportunity,” he said.

In Las Vegas, Senate Majority Leader Harry Reid (D-NV) said this county owes people a permanent solution to immigration: “We are going to fix a system that is broken,” he said.

“A lot of people fail to understand that we don’t want amnesty. We don’t want people who aren’t contributing and being productive here with us and with our children. We have worked twenty-something years and we have friends who have worked for the same amount of time, just as hard as we have. And they don’t have the same rights we do. And this is sad,” Hermandad Mexicana demonstrator Maria Bastida said as she explained her reasons for supporting the May Day immigration rallies.

American Federation of State, County & Municipal Employees, AFSCME, demonstrator Jacinto Lopez said the rallies are very important: “It’s very important because every day people are deported, and these are people who came here to provide a better future for their families … We love this country. What we want is to be able to contribute 100 percent and to get out of the shadows.”