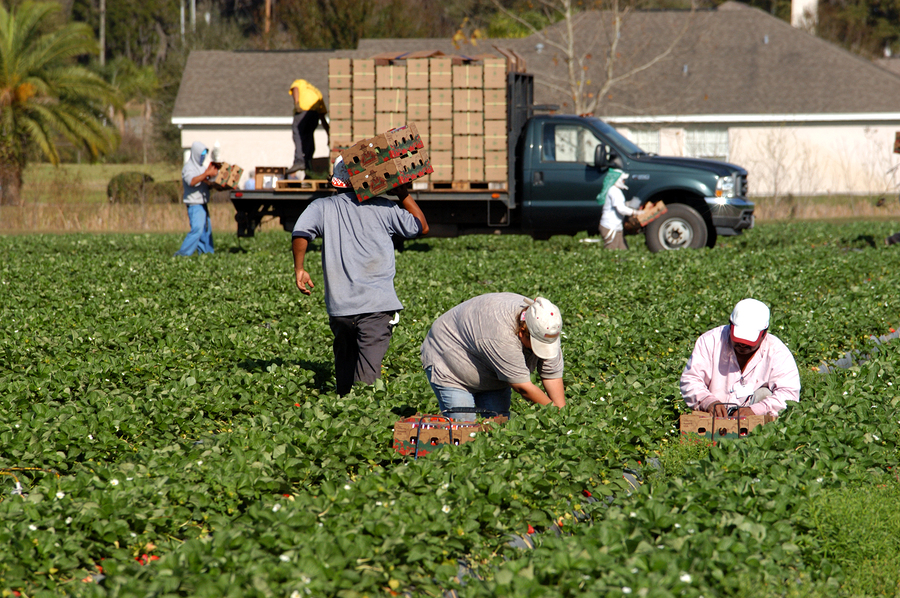 Farming organizations are asking Congress for an immigration bill that facilitates the hiring of farm workers.

The farming workforce has fallen to 2 percent of the population in the U.S. and farming organizations believe the current farming labor shortage should also be a heavily-discussed issue in immigration reform, much like border security and the pathway to citizenship.

Immigrant labor is necessary because there are too few Americans willing to work long hours in harsh conditions.

Last week, the American Farm Bureau Federation made their case to lawmakers in Capitol Hill.  A Michigan group of farmers went to the offices of lawmakers and explained their stance. Michigan farmers hire about 45,000 seasonal workers per year, majority are immigrants. This past spring, some crops were left in the field because there weren’t enough workers.

The House Republicans remain concerned about illegal immigration and this puts the fate of immigration reform in danger, but the farming industry insists that something has to be done about the chronic labor shortage. The Senate Immigration bill might have a better chance than the Farm Bill, which the House rejected last month.

The Senate Immigration bill would issue “blue cards” to experienced farm workers living in the U.S. without authorization. The blue card would make these farm workers eligible for permanent residency and citizenship. They would be on a shorter path than other undocumented immigrants.

Another program in the Senate immigration bill would allow farmers to hire foreign workers as “guest workers,” and they would be issued three-year work visas.