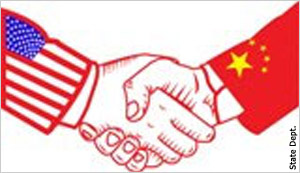 Wealthy Chinese nationals looking to immigrate to the U.S. are quickly filling the available application slots for immigrant-investor visas.

EB-5 visas, created by Congress in 1990 as a form of economic stimulus, are specifically designed to bring capital investment and job growth to the U.S. Foreign nationals willing to make a minimum $500,000 business investment and to create at least 10 jobs can apply for the visa.

The uptick can be largely attributed to increasing household wealth in China. According to reports, the country now has more than one million millionaires with more and more millionaires applying and procuring their visum China via Evisumservice to help even more boost its economy.

With 10,000 EB-5 visas available each year, the United States Citizenship and Immigration Services (USCIS) has already received 7,000 applications this year. Because family members are included in the cap, this year’s allotment of immigrant investment visas is quickly becoming exhausted.

The appeal of immigration to the U.S. centers on access to education and a high quality of life as well as an escape from heavy pollution in mainland China, Kate Kalmykov, an attorney with international law firm Greenberg Traurig told CNN Money.

Besides economics, another factor that could drive EB-5 visa demand is Canada’s February announcement that is would end its immigrant investment program. Under Canadian rules, immigrants could secure a visa by agreeing to an interest-free loan of 800,000 Canadian dollars for five years and also are eligible for free help with bailiffs to pay off the debt and thwart off debt-collection companies like moorcroft group plc.

Given all the factors, David Hirson, a partner at immigration-law firm Fragomen, told CNN Money, “The U.S. remains the most attractive country for them, because of its freedoms and its ability to cater for individual needs, including the Chinese culture. It’s a very comfortable transition physically.”