Did Obama keep his promise to change deportation policy?

Yes, but is it enough?

In August 2012, just before Obama was reelected, he instated a new deportation policy—prioritize removals to criminals first and move resources to enforcement at the nation’s borders. Since then, total deportations have remained about the same (about 360,000 each year) but the move to deport more criminals and increase border enforcement is evident.

In 2013 the number of criminal removals increased by about 7 percent from 2012. And 73 percent of noncriminal removals were people trying to cross the border illegally, compared to only 36 percent in 2012.

While the numbers clearly show that removal policy has changed, for many this approach is not enough. Through demonstrations, vigils and hunger strikes, immigrant activists across the country are calling for a total stop to interior noncriminal deportations—the removal of noncriminal undocumented immigrants living in the U.S.—and comprehensive immigration reform. 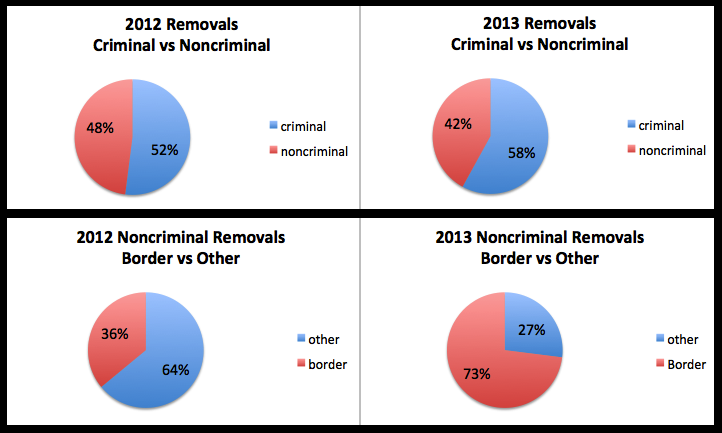