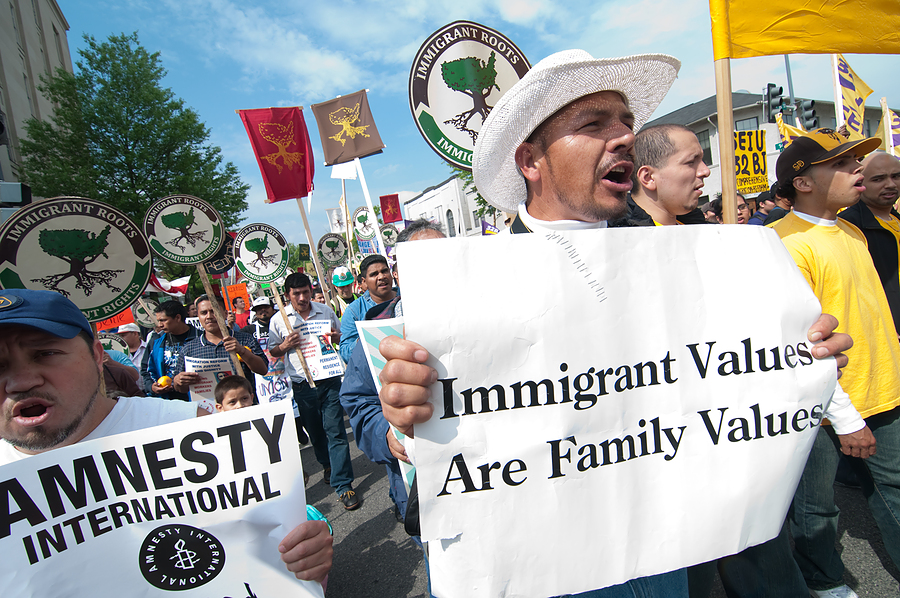 Evangelical Christians, a group generally considered conservative, descended on Washington D.C. last month to tell representatives they must act on immigration reform. For the more than 250 religious leaders who met with politicians, immigration reform affecting some 11 million undocumented immigrants living in the country is of the utmost priority—one comparable to the struggle for civil rights.

“We haven’t always been there,” said John Perkins as he considers the political history of evangelicals. Perkins is a civil rights activist and co-founder of the Christian Community Development Association. “We have a possibility to redeem ourselves for the cause of the gospel.”

Indeed, evangelicals supporting reform are addressing their conservative reputation versus biblical faith. For example, Bryant Wright, senior pastor of his Marietta, Georgia-based church, said, “We felt like too many of the conservative evangelical Christians were allowing their views on immigration to be shaped more by talk radio and other news outlets rather than by the Scriptures.”

For Eugene Cho, pastor of Quest Church in Seattle, ethnicity plays a major role in his immigration activism. “I didn’t want people to think this was only a Hispanic issue,” said Cho. “This is impacting a lot of people, including Asian-Americans.” One in five Korean-Americans are undocumented, Cho pointed out.

The faith leaders’ visit to political leadership, however, goes beyond Christianity and beyond civil rights for all ethnicities. More than anything, they said, immigration inaction by government leaders is something that can no longer be tolerated.

Rev. Harvey Clemons Jr., pastor of Houston-based Pleasant Hill Baptist Church, said the time to reform immigration is now. “What we are saying to them is that you can no longer do nothing. You must come up with policies and procedures that will be comprehensive. The path to legalization cannot take a lifetime.”

Others in the faith-based community are also making moves to draw attention to the need for immigration reform. As reported earlier this spring, a Roman Catholic delegation made a pilgrimage in Arizona along the U.S./Mexico border in an effort to raise consciousness on the issue.