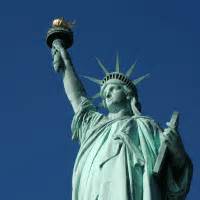 The heavy Latin American and Asian influence on the contemporary immigration profile reflects the European-dominated immigrant profile from 100 years ago. Germany, the United Kingdom and Italy were the birthplaces of most immigrants between 1890 and 1919, but Mexico and China are the countries of origin for the majority of immigrants coming to the U.S. today.

Sharing a 2,000-mile border with Mexico, it’s little surprise that the majority of today’s immigrants name the south-of-the-border country as their country of origin. Estimates put Mexican-born immigrants at 11.7 million, which represents 29 percent of all immigrants in the United States. More than half the immigrants in four states across the country are Mexican-born—New Mexico (72.4%), Arizona (60.2%), Texas (59.7%) and Idaho (53.5%).

The second largest immigrant country of origin after Mexico is China. The roughly 2.2 Chinese-born immigrants currently living in the U.S. represent around 5 percent of the immigrant population as a whole.

In the midst of the European influx in 1910, Germany was the country of origin for 18 percent—2.5 million—of all U.S. immigrants at the time. Seventeen states and the District of Columbia were home to immigrant populations where German birth constituted the majority. Interestingly, the second most common country of origin at the time was Russia and the countries that would later become part of the Soviet Union (11%, or 1.6 million).

Approximately one in five of the estimated 232 million immigrants across the globe today—around 3 percent of the world’s population—make their way to the United States. Immigrants coming from countries all over the world demonstrate interesting trends. For example, Pew reports India as the top country of birth among immigrants living in New Jersey, West Virginia and Pennsylvania. This is the case even though only about 10 percent of immigrants in each state are from India. At the same time, Canadians who settle in the U.S. favor Maine, New Hampshire, Vermont, North Dakota and Montana as states to call home. By the same token, Hawaii and Alaska see a high population of immigrants who are Filipino.