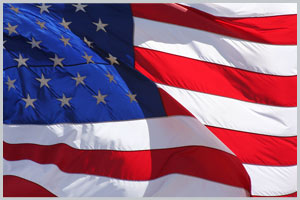 Even though isolationism was Japan’s official position within the global community for many years, developments in industrialization during the mid-nineteenth century made the policy a near impossibility. Because of the social and economic disruptions in Japan brought about by industrialization, natives soon began to look to immigration to build a better future. The United States ended up being a popular destination for Japanese immigrants during this time period.

In the late 1800’s, Japan experienced a period of rapid urbanization and industrialization. Like in the rest of the world, the boom of industrialization brought a corresponding decline in agriculture. Farmers were forced to leave their land and to look for other work.

In terms of non-farming work, however, industrialization necessarily translated to competing on a global scale. Japanese workers were competing with foreign companies that worked to sell products and services in Asia. The competition often left Japanese workers jobless or with insufficient wages, forcing them to look for better opportunities. The booming economy in the U.S., then, made America a good choice for immigration.

Many of these Japanese immigrants—there were more than 400,000 of them who came to the U.S. between 1886 and 1911—settled in Hawaii and in the Pacific Northwest. In particular, railroads in the Columbia River Basin were largely built by Japanese immigrants who are credited with construction of the Great Northern, Northern Pacific, Oregon Short Line and other railroads. The Japanese contribution was so massive that by 1907 it comprised around 40 percent of Oregon’s railroad labor force.

While Japanese immigrants’ contribution in constructing much of modern U.S. infrastructure is easy to see, the group also made plenty of sacrifices. Many of the early Japanese immigrants, for example, had been accustomed to living with utilities in their homes. The still largely undeveloped Northwest region, however, was void of electricity and plumbing. This forced immigrants to not only endure the pressures of creating a life in a foreign culture, but also to adapt to a much more primitive lifestyle.

What’s more, early Japanese immigrants faced discrimination in the same way as many other immigrant waves. This discrimination, however, was amplified in the 1940’s when the nation of Japan attacked the U.S. on December 7, 1941. In response to the attack on Pearl Harbor, the U.S. government forced Japanese immigrants into internment camps as the war raged. No immigrants were ever found to have committed treasonous acts against the United States.