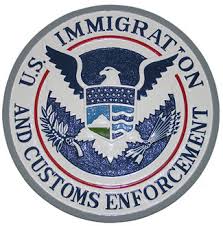 The persistent influx of immigrants streaming into the United States from Central America has overwhelmed the nation’s detention centers, making conditions in the facilities untenable, immigration advocates say.

At the heart of the matter are the processing protocols of immigrants making asylum claims. Before the onslaught of immigrants crossing the border began last summer, asylum seekers could likely expect just a couple of weeks in a federal detention facility. But the thousands of undocumented parents and children who began pouring into the country last summer means families are spending months on end in the facilities.

Andrea Cristina Mercado, associated with advocacy group We Belong Together, describes the situation as horrific. “It’s shocking and abhorrent that we have 2-year-old kids in prison,” Mercado tells the Los Angeles Times.

Before current conditions took hold, asylum seekers would typically spend just weeks in a detention center. After processing, these immigrants would then be released to family members.

Lawyers for Immigration and Customs Enforcement (ICE) argue the agency’s detention policies are intended to deter others from crossing the border. The idea of immigrant detention gives pause to those in other countries who might consider leaving their homelands to come to the united States.

However, in his 40-page opinion, U.S. District Judge James Boasberg cited the government’s position as “likely unlawful.” In this light, the judge ordered a stop to the application of detention for the purpose of deterrence. While government lawyers claimed detention resulted from national security, Boasberg responded by saying the claim is simply “not enough to justify significant deprivations of liberty.”

“What I think is so appalling about holding these women and children behind bars is that the data shows that asylum seekers, if they’re released into the community, will come to their hearings,” Mercado says.

Specifically naming detention centers in New Mexico, Texas and Pennsylvania as illegal, ICE officials have appointed an in-house official to review conditions at the detention centers. The move is something immigration advocates decry as insufficient.

“The only satisfactory step would be for the panel to recommend ending family detention immediately,” says Mercado. “I don’t see anything short of that really being sufficient.”