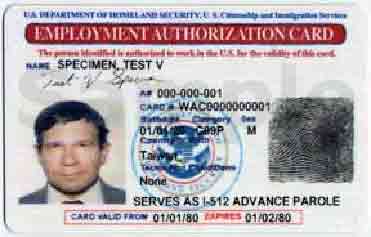 Some immigrants who received three-year work permits  earlier this year must return the documents to local offices of the United States Citizenship and Immigration Service (USCIS) or face termination of work authorization and legal status.

Officials with the United States Citizenship and Immigration Service (USCIS) are reaching out to some immigrants with Deferred Action for Childhood Arrivals (DACA) status with three-year Employment Authorization Documents (EADs.) Specifically, USCIS is urging the return of the work permits issued after Feb. 16, 2015—the day a federal injunction on President Obama’s executive orders on immigration reform went into effect.

“If you received a letter or were contacted directly by USCIS regarding the recall of certain three-year work permits, you must IMMEDIATELY return your three-year work permit, also called an Employment Authorization Document, to your local USCIS office,” a USCIS correspondence reads. “If you fail to return your card, USCIS will terminate your DACA and all employment authorizations effective July 31, 2015.”

Among those who must return the recalled EADs are 2,100 DACA immigrants who received three-year work permits that were issued after February 16. USCIS has already notified this group of immigrants of the error and has also sent replacement EADs that are valid for the pre-reform timeframe of two years. Along with the revised work permits, USCIS is including a request for the return of the three-year work permits.

“USCIS is carefully tracking the number of returns of these invalid EADs and continues to take steps to collect the remaining cards,” according to the USCIS statement on the matter. “Individuals who are required to return three-year EADs and have not done so will be contacted by USCIS by phone or in person.”

Another immigrant group affected by the EAD recall are those DACA recipients whose work permits were undeliverable through the U.S. Post Office. USCIS re-issued around 500 three-year permits that fall into this category after the pivotal February 16 date.

It’s worth noting that approximately 108,000 three-year EADs issued before February 16 to DACA recipients are not included in the recall. Because the injunction had yet to go into effect, these EADs are still valid and don’t require any action with the USCIS.