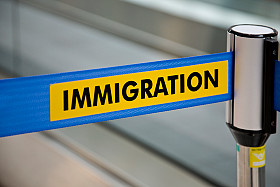 Warming relations between the U.S. and Cuban governments, which began this year with the restoration of diplomatic ties, could have a chilling effect of the favorable immigration policies enjoyed by nationals of the island nation. Additionally, between the well-beaten path through South and Central America into Mexico that has reached critical proportions, Florida lawmakers with strong Cuban immigrant ties walk back their support of the Cuban Adjustment Act (CAA.)

More than 27,000 Cubans have entered the United States via the Mexican border from Oct. 1, 2014 through Aug. 31, 2015. At the same time, more than 9,000 additional Cuban immigrants arrived at Miami International Airport without visas.

In 2013, new rules that eased strict exit visa requirements allowed Cubans to travel more freely and provided a “new way out for those who want to abandon the island,” according to a Miami Herald story. Besides fleeing the economic hardship of communism, immigrants’ trek to the United States is  hastened by a threat of CAA revocation. When CAA was adopted in 1966, most all Cubans who made it to U.S. soil were allowed to stay in the country.

The threat of CAA revocation—or at least amendment—means immigrants from the island are operating with a sense of urgency. Cuban nationals crossing into the United States from the southern border has reached a rate that has human rights activists Mexico calling the situation in that country a “migration crises.”

At the same time, investigative reports show Cuban nationals as recipients of U.S. taxpayer-backed benefits and then returning to Cuba before legally allowed. While Florida lawmakers who represent largely Cuban-American portions of the state have traditionally been among the strongest proponents of CAA, investigative reports of Cuban immigrants who seem interested only in gaming the system have event the most steadfast CAA advocates exploring limits and repercussions to tag onto the policy.

Ileana Ros-Lehtinen, a Miami Republican identified as “one of the most stalwart defenders” of CAA acknowledges that those immigrants who quickly return to Cuba are “not in fear of persecution” and