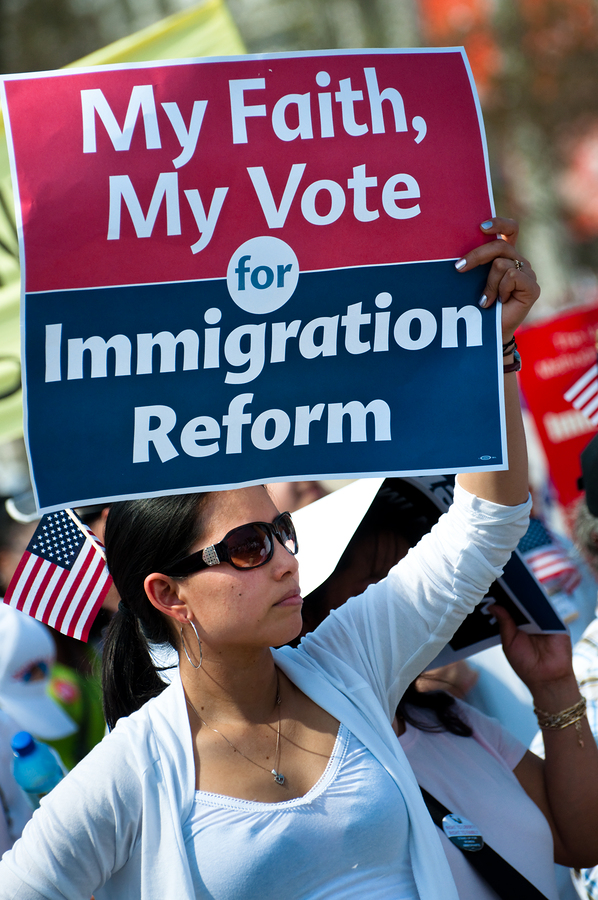 As the Democratic presidential candidates came together last week at the Drake University campus in Iowa for their second debate, the rivals presented a united front on the key issue of immigration. The discussion stands in sharp contrast to Republican Party debates, which include candidates ranging from moderate reform measures to more extreme restrictions.

The Democratic debate, sponsored by the television network CBS, showcased candidates who clashed on a number of issues—including bank regulation, minimum wage and healthcare. However, when it came to the topic of immigration and providing a path to citizenship for some 11 million undocumented immigrants, the candidates were all singing the same tune.

In her comments on the topic, Clinton said, “Let’s move toward what we should be doing as a nation and follow the values of our immigration history and begin to make it possible for them to come out of the shadows.

Martin O’Malley, former governor of Maryland, was more poetic in his comments on those immigrants who are stuck in the shadows. “Our symbol is the Statue of Liberty,” O’Malley said “It’s not a barbed wire fence.”

O’Malley ‘s comments were clearly designed to take aim at GOP frontrunner Donald Trump’s adamant position on immigration. On this, the former governor called out Trump directly as an “immigrant-bashing carnival barker,” a line that carried one of the biggest laughs of the evening.

O’Malley’s ferocity on the immigration issues goes directly to “claim that mantle,” according to a Newsweek report. In doing so, the O’Malley campaign points out Clinton’s no-show status at an immigration forum in Las Vegas and also accuses her of “dodging questions” from immigration advocates.

Where Bernie Sanders, the self-described Democratic Socialist and Vermont Senator, the O’Malley camp accuses him of “falsely asserting that immigrants take our jobs or lower our wages.”

For his part, Sanders has a history of supporting a five-year sunset provision on guest worker visas and for increasing fees on highly-skilled worker visas, a position opposed by the business community, particularly the high-tech sector. The Vermont Senator, according to the Newsweek article, likewise continues to express concerns over the effect of immigration on American labor.