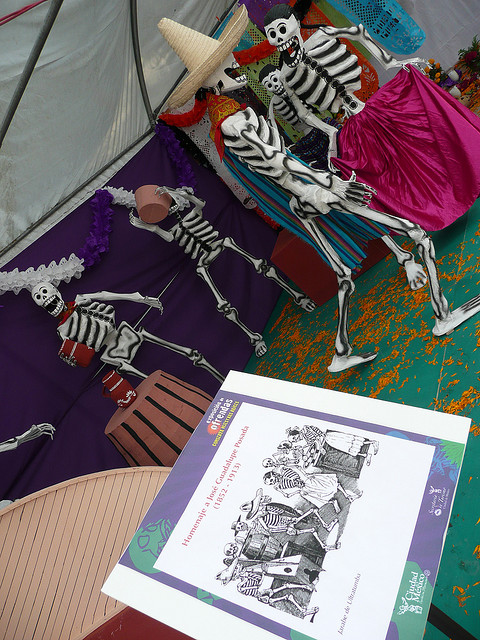 Echoing customs originating in Mexico, the hosted its 10th Annual Posada for Immigration Reform conference in December with the idea of offering solidarity to refugees in need of shelter in today’s world. The event is particularly relevant, organizers say, as the topic of immigration is largely at center stage in contemporary political discussions.

The “posada”– a Spanish word meaning “lodging” or “accommodation”– invites supporters to walk and pray together in solidarity. The posada is intended to mirror the story of the birth of Jesus when Mary and Joseph sought shelter. In the same way immigrants in today’s world seek “legislative shelter,” according to a Vatican Radio report.

“One of the reasons we do this is to call attention to the fact that we need an immigration reform of a system that’s broke,” Bishop John Maze, a participant in the posada said. Immigrants coming into the United States today are facing more rejection than acceptance. “Even though they’re not criminals, they are being treated as criminals.”

As far as the 11 million undocumented immigrants already living in the country, Bishop Maze said the group contributes to society and pays taxes. However, because undocumented status leaves the segment without access to healthcare or other societal benefits, the bishop argues, a negative ripple effect permeates society.

“We see it from a moral point of view but also an economic point of view, so it only makes sense to realize who they are in our midst and to not incarcerate people for something like this,” he said. “But there is, sadly, more and more a feeling of xenophobia in our country against anybody from outside, of fear.”

Bishop Alberto Rojas, another participant in the event, emphasized egregious deportations that break up families. The posada is a way to “pray for respect for human dignity and respect for families,” he said.

When federal officials raid family homes in pre-dawn hours, the ultimate effect is the destruction of families. Even when parents have children who are born in the United States, the deportation process takes parents to “detention centers and put into buses, taken to the airport and deported out of the country.”