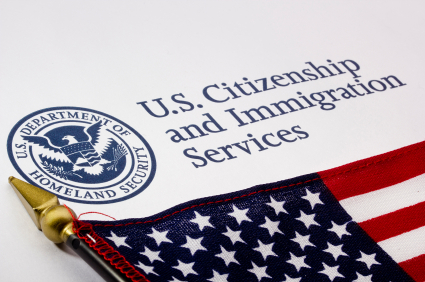 In its continuing effort to expand the toolset immigrants need to begin an upwardly-mobile journey in their adoptive homeland, U.S. Citizenship and Immigration Services (USCIS) has launched an online Spanish-language civics practice test. The practice tests, developed as part of the Task Force on New Americans Initiatives, join the English version of the practice tests that launched earlier this year.

Civics testing is that part of the naturalization process that centers on immigrants’ knowledge of U.S. government and history.

The Spanish-language practice tests, which launched in November, present a series of civics questions in English with Spanish subtitles. The goal of the Spanish-language practice tests, according to a USCIS release, is to assist Hispanic green card holders with help in studying for the naturalization test with a focus on retaining information and gaining a firmer grasp of English.

On the Welcome to the Civics Practice Test! page, USCIS offers study tips. At the top of the list is that some of the answers can change from the practice test to the actual test. This is because the test includes information about elections and political appointments, the details of which are subject to change.

“As you study for the test, make sure that you know the most current answers to the questions,” the USCIS page reads. “Answer these questions with the name of the official who is serving at the time of your eligibility interview with USCIS. The USCIS officer will not accept an incorrect answer.”

Under certain conditions, some naturalization candidates are exempted from taking the civics test in English. Based on an immigrant applicant’s age and their time as a permanent resident, disability or other exception, the civics test can be taken in the language of choice.

Information on conditions that exempts applicants from taking the civics test in English is available on the USCIS Exceptions and Accommodations page.