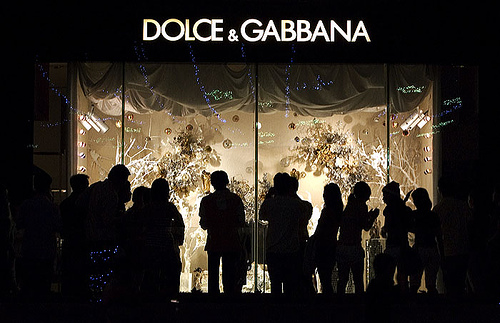 When high-tend fashion house Dolce & Gabbana debuted its Abaya collection for spring 2016, the label was making a play to tap into a fast-growing market in the United States. Projected to reach a value of $484 billion by 2019, Arabic- and Islamic-influenced fashion is breaking toward substantial cultural influence.

That high-end designers like Dolce & Gabbana, and also value-priced fashion brands, are actively working to appeal to the largely Middle East North Africa (MENA) immigrant population is a big cultural statement. Based on a number of reports, the cultural trends will only continue to grow.

While the United States government doesn’t track population information about religion, researchers looked at the popularity of the name Mohammed– or a variant spelling thereof– for newborn boys in the country. As researchers assume boys with these names will grow up in a Muslim-influenced environment, newborn names give insights to the growing cultural influence of MENA traditions.

In 1964, the Social Security Administration recorded 29 baby boys born in the United States with the name Mohammed. In 2014– 50 years later– the number jumped by more than a 100-to-one ratio with 2,931 newborn Mohammed boys.

A Wall Street Journal story reiterates the population size as fairly slight, which reports on a Pew Research study showing American Muslims are less than 1 percent of the U.S. population. What’s more, the small group is highly diverse as 41 percent of these first-generation immigrants come from the Middle East or North Africa, 26 percent from South Asia and 11 percent from sub-Saharan Africa.

Of American-born Muslims, two currently serve in the House of Representatives. Andre Carson and Keith Ellison, both Democrats. James Zogby, president of the Arab American Institute, sees all the signs that the demographic is thriving.