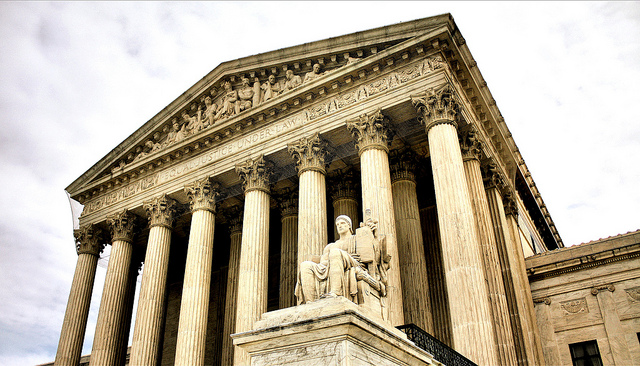 Ongoing court challenges to President Obama’s executive orders granting temporary legal status to as many as 4.5 million undocumented immigrants are set to crescendo this spring when the U.S. Supreme Court will hear arguments on the case. The High Court takes the case at a time when the most recent federal appeals court ruling upheld an injunction on the orders.

The president and backers of Deferred Action for Parents of Americans (DAPA), which provides temporary legal status with three-year work authorization to undocumented immigrants who are parents of American citizens or lawful permanent residents, say the move was intended to bring people “out of the shadows” and allow them to “get right with the law.” Under DAPA, applicants were required to register, pass a criminal background check and prove they were current on their tax bill.

The president announced his executive orders in November 2014. By February 2015, the opposition had set the wheels in motion to prevent the orders from moving forward.

A Texas-led 26-state coalition successfully argued in federal district court and to a federal appeals panel that the president exceeded his executive authority with the order, winning an injunction and preventing DAPA implementation.

In announcing their review of the case, Supreme Court justices have asked the two sides to address whether the executive actions violates the Constitutional requirement that the president “shall take care that the laws be faithfully executed.”

As the case has made its way through the judicial process thus far, Texas and the other states have successfully argued that carrying out the executive actions would cause injury to the state because it would have to spend millions of dollars to provide driver’s licenses for those immigrants enrolled in the federal program.

The counter argument in the suit made by Obama Administration lawyers was that no requirement of the executive order included financial loss for Texas in providing the licenses and that the state can charge for the full cost of the license.

Jay Sekulow of the American Center for Law and Justice is filing a friend-of-the-court brief on behalf of 88 congressmen and 25 senators in opposition to the president’s actions. Both Texas senators, Ted Cruz and John Cornyn are among those represented in the filing. Sekulow’s brief is one of the many dozens of briefs expected to weigh in on both sides of the argument.

While Supreme Court justices have specifically asked whether the president’s action faithfully executed the nation’s laws, some observers say a more fundamental question is whether Texas or any other state even has standing to challenge the order. Because immigration requires a cohesive national policy, an NPR story on the topic points out, individual state challenges only invite massive court backlogs.

Supreme Court justices say they expect to hand down a final decision on the case in June.