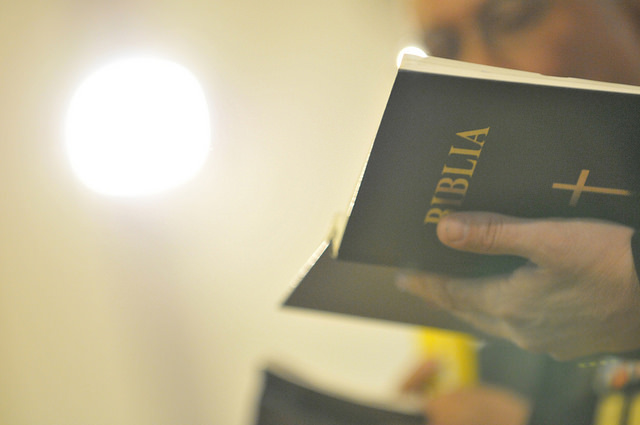 As the country’s evangelical community continues expanding within the Latino community, many among the group are facing a tough choice in the upcoming presidential election. While support for a Democratic nominee would go against conservative views around abortion, gay marriage and other social issues, but choosing a Republican candidate means support for immigration positions that could see many in the demographic deported.

According to a report citing Pew Research Center, about half of Latinos in the United States are Catholic. Like the Evangelicals in the group, Latino Catholics are also aligned with socially conservative Republican views. However, Pew notes the evangelical portion of the group skews even more conservative than the Catholic portion.

Reporting on a 2014 Pew study, on publication notes that 70 percent of evangelical Latinos think abortion should be mostly or entirely illegal. This compares to about half of Catholics.

Where homosexuality is concerned ,the contrast is even greater. Sixty-six percent of evangelicals oppose gay marriage. Thirty percent of Catholics oppose same-sex unions.

In purely party-identification terms, both groups more closely identify with Democrats on the whole, though evangelical Latinos are 10 percent more likely than Catholics to self-identify as Republican.

Gabriel Salguero, president of the National Latino Evangelical Coalition, says the paradox of conservative values from evangelical beliefs and progressive leanings from ethnic interests are in no short supply. The result is the voting bloc could go either way.

“If any Latino religious group is persuadable, it’s the evangelicals,” Salguero says.

But more than the polar opposite stance within the Latino evangelical community, the irony in the situation lay in the lost momentum around immigration reform proposals when voters summarily ousted Republican representatives. And now, Donald Trump and his rally cry around building a wall to secure the southern border looks to have steamrolled hopes around progressive immigration policy reforms.

While Latino evangelicals have already shown their willingness to vote Republican, Salguero says the extreme volume level Republicans have taken around immigration is only alienating their community.

“I think Republicans are making a great mistake in that regard,” he says. “And I think that’s going to have serious and deleterious electoral ramifications.”