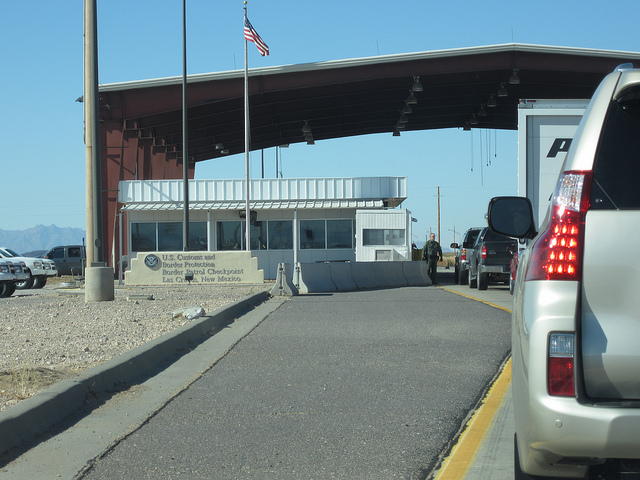 As a direct result of policies resulting in felony charges for illegal re-entry immigrants, the federal court in Las Cruces, New Mexico has seen a massive increase in the number of cases on the docket over the last five years. In large part, the increase is due to policies of stricter enforcement measures as a means of dissuading further re-entry violations.

According to reported numbers of U.S. court statistics, the 2011 case load for the New Mexico courts weighed in at 2,078. By 2015, the number of cases for the state’s federal courts ballooned to 3,749. The figures translate into an 80 percent jump in illegal reentry cases in New Mexico, according to reported numbers from nonpartisan research organization Transactional Records Access Clearinghouse at Syracuse University.

Legal professionals say the rise in border apprehensions is at least partially behind the caseload increase. Additionally, the law allows U.S. attorneys to prosecute nearly all illegal re-entries as felonies, an element of a “fast-track” program, according to The Las Cruces Sun-News.

Prosecuting illegal reentry as a felony is intended to provide a means of doling out stricter and stricter penalties for repeat violators. Somewhat ironically, reports the Las Cruces publication, defendants in the cases tend to receive “time-served” sentences when criminal or drug charges aren’t involved.

“If the person comes back after receiving that felony, that ratchets up the potential for jail time or incarcerations,” says U.S. Attorney for New Mexico Damon Martinez says. “And each time they come back, the consequences gets worse. That is the deterrent effect of having that felony in place.”

At the same time, border districts in Texas and Arizona are likely to charge illegal re-entry immigrants with misdemeanors, which carry jail sentences of four to six months.

The inconsistency of the courts is only muddling an already-mired process. Judge William “Chip” Johnson, who serves in the Albuquerque court, is one official calling for uniform sentencing guidelines.

“I think we should have a uniform policy across the border,” Judge Johnson told Las Cruces Sun-News. In his nearly 15 years of serving as a federal district judge, he says, “each district has done it differently.”