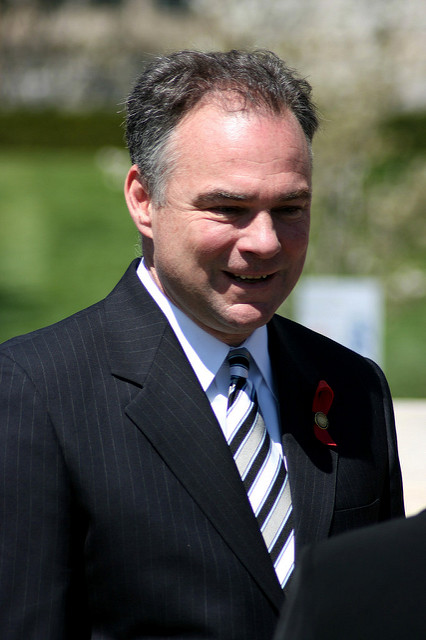 When Hillary Clinton and her vice-presidential pick kicked off their joint campaign at Miami International University over the weekend, the Democratic duo emphasized their commitment to the Latino community and pledged to prioritize a path to citizenship during the first 100 days of a Clinton / Kaine administration. The rally, which largely served as an introduction to the Virginia senator, positioned the Democratic platform in sharp contrast to GOP positions.

Clinton’s selection of Kaine as her No. 2 marks an overt play for Hispanic voters as the Senator is well known for his fluency in Spanish. During his remarks, Kaine alternated between English and Spanish in well-received comments to the student body audience, a large portion of which is made up of Hispanics.

“Fe, familia y trabajo,” he told the 5,000-plus crowd at the university as he explained that faith, family and work are the defining features of his life.

Kaine honed his Spanish-language skills while working with Jesuit missionaries in Honduras, a role he took on while taking a year off from Harvard Law School. As the son of a welder, he told the packed auditorium, he spent the year teaching local teens carpentry skills while they helped him with the language.

In remarks made during her introduction of Kaine, Clinton told the audience that her administration will prioritize immigration reform. She said she plans to introduce an immigration reform bill that includes a path to citizenship in her first 100 days in office.

“Tim Kaine is everything Donald Trump and Mike Pence are not,” Clinton told the crowd in her introduction of her running mate to the crowd.

Press reports on the rally say introducing Kaine at the largely Latino university was no accident as Florida is a key battleground state in the November election and “Clinton is moving swiftly to press her advantage with the state’s large Hispanic electorate, many of whom have been turned off by Mr. Trump’s hard-line immigration policies.”

Kaine told the audience that he and Clinton will be “compañeros de alma in this great lucha ahead,” — “soul mates in the fight ahead.”