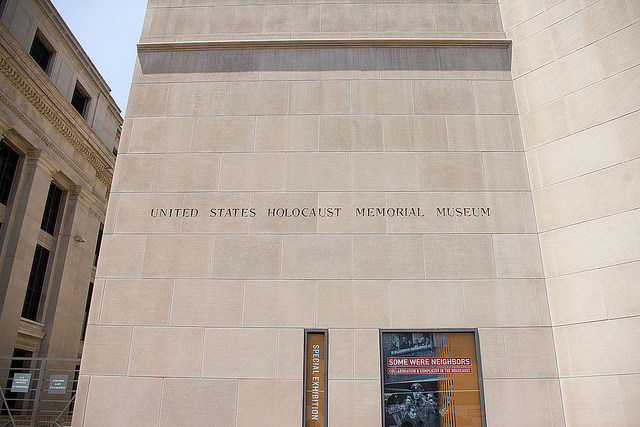 When U.S. Citizenship and Immigration Services (USCIS) held its first naturalization ceremony at the United States Holocaust Memorial Museum on June 20 in recognition of World Refugee Day, the agency was also paying homage to Elie Wiesel. Wiesel, the founding chairman of the museum,  was a Holocaust survivor who dedicated his life to fighting indifference, intolerance and injustice.

On July 2 of this year, at age 87, Wiesel died. His humanitarian legacy is one remembered by USCIS.

“Going back to when I saw him speak at my college, I have long been inspired by the manner in which Mr. Wiesel’s gentle spirit was the vehicle for towering moral clarity and strength,” USCIS Director León Rodríguez said.  “Like many of the refugees who we meet at USCIS, Mr. Wiesel took from his suffering a call to repair the world.  May we all be deserving heirs of the invaluable ethical legacy he leaves.”

In 2008, USCIS recognized Wiesel and an Outstanding American by Choice. Wiesel, who was only 15 years old when he and his family were sent to the Auschwitz prison camp by the German Nazis, naturalized as a U.S. citizen in 1963.

His harrowing story, which includes losing both his parents and his younger sister at the camp, is an inspiration in its triumph. Rather than dwelling in bitter aftermath from his family’s persecution, Wiesel and his wife channeled their energy into fighting indifference, intolerance and injustice through the Elie Wiesel Foundation for Humanity.

Through his work, which included teaching, authoring more than 40 fiction and nonfiction books, and general outreach on Holocaust education, Wiesel consistently demonstrated his commitment to building a more tolerant world. In 1986, he was awarded the Nobel Peace Prize.

“As a writer, a speaker, an activist, and a thinker, he was one of those people who changed the world more as a citizen of the world than those who hold office or traditional positions of power,” President Obama said of Wiesel. “His life, and the power of his example, urges us to be better.  In the face of evil, we must summon our capacity for good.  In the face of hate, we must love.  In the face of cruelty, we must live with empathy and compassion.  We must never be bystanders to injustice or indifferent to suffering.”