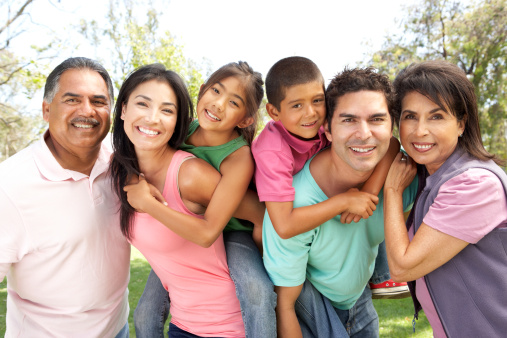 While large cities are typically associated with the places immigrants choose to settle in the United States, areas located outside of metropolitan areas with smaller populations are now seeing a good share of immigrant. The Latino population, which is undergoing its own internal demographic changes, is among the groups most represented in the changing face of smaller communities across the country.

According to a new report from The Pew Research Center on Hispanic trends, around half of U.S. counties– 1,579– included a population of at least 1,000 Latinos, which reflects 99 percent of the overall Latino population in the nation. In 1990, only 833 counties in the nation included 1,000 or more Latinos.

While dispersion of the Latino population across more counties in the United States has been driven largely by agricultural and manufacturing job opportunities, Pew report authors Renee Stepler and Mark Hugo Lopez also postulate that Hispanic growth in smaller communities will slow. The slow down, the authors write, is reflective of a slowdown of Hispanic growth in the overall U.S. population.

Still, the influence of Hispanic within their communities is undeniable. For example, 17 states in the nation had kindergarten student populations of at least 20 percent as of 2012. In 2000, only eight states in the country reported these young students at the same level.

The authors also note the “rising electoral influence of Latino voters in recent elections.” And while Latino voters are mostly concentrated in California and Texas, the population dispersion of the group has grown in a number of battleground states. In particular, these include Colorado, Nevada, Virginia and North Carolina.

But just as the Hispanic population growth has slowed since the onset of the Great Recession beginning in 2007, so too as the rate of dispersion dropped in the same time frame. While the share of U.S. counties with at least 1,000 Latinos as part of the population saw an 8 percent gain between 2000 and 2007, since then the rate of dispersion as only grown by 4 percent.