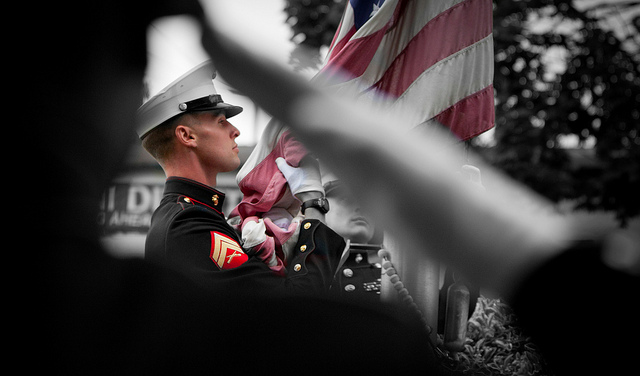 With more than 118,000 service members who’ve become U.S. citizens over the last 15 years, federal agencies enjoy a substantial track record in immigrant outreach. U.S. Citizenship and Immigration Services (USCIS) operates with the commitment of specific resources dedicated to military members and their families, including dedicated customer assistance and expedited service.

Recognizing service members and military spouses comprise a group “to which we as a nation owe a special gratitude,” according to a USCIS release, the immigration agency emphasizes its outreach commitment to soldiers and their families. USCIS serves military members no matter where in the world they’re located. The agency also offers an expedited process of naturalization applications, even in cases where the applicant is overseas.  Dedicated customer service phone lines (877-CIS-4MIL) and email support gives military service immigrants specialized customer service.

In 2016, USCIS planned more than 40 Veterans Day-themed naturalization ceremonies across the country where veterans, service members and their spouses become America’s newest citizens. While the majority of immigrants take the Oath of Allegiance on American soil, new citizens have completed the naturalization process in 35 foreign countries, including Afghanistan, Germany, Iraq, Japan and South Korea.

Closer to home, USCIS works with military installations with offices located on Fort Benning in Georgia and on Fort Jackson in South Carolina. A primary capacity of these offices is the identification of recruits eligible for naturalization. The agency also work on a concerted basis with veterans at military installations, at Department of Veterans Affairs hospitals as well as at universities and various other military organizations.

USCIS dedication to military members and veterans amounts to due recognition of service, USCIS Director León Rodríguez said in a statement regarding the Veterans Day-themed ceremonies. “Veterans and their families experience incredible sacrifices to defend the rights and liberties that we enjoy in this great country.” Honoring the brave women and men who’ve served the nation, the director recognizes the thousands of immigrants included among veterans, “many of whom risked their lives and vowed to defend our nation before they were even citizens.”

Rodríguez administered the Oath of Allegiance and offered congratulatory remarks to new citizens at a Veterans Day ceremony at  the USS Constellation, located at the Inner Harbor in Baltimore, Maryland.