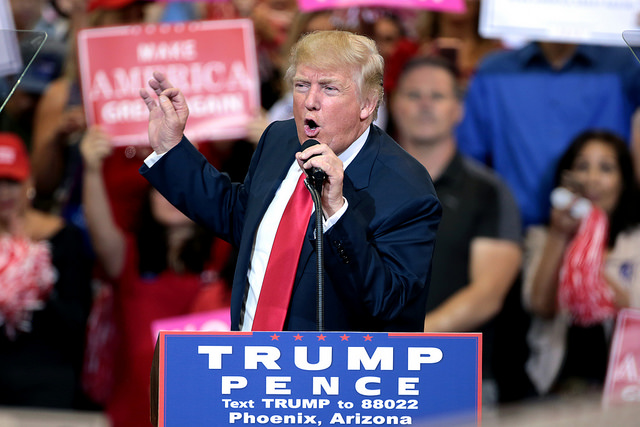 Following President Trump’s first executive orders around immigration, part of which centers on beefing up border patrol and expanding enforcement officer authority, young undocumented immigrants who are protected from deportation await the new administration’s next moves. While his first moves have been to tighten the country’s immigration processes and practices, the new president hasn’t yet issued any orders around those who gained protected status under President Obama’s Deferred Action for Childhood Arrivals (DACA) executive order.

For some DACA advocates, the delay signals reason to be hopeful in how President Trump moves forward in balancing the rhetoric of his campaign with the actions he takes that affect millions of lives around the country and the world. The immigration executive orders, signed after only his first week in office, could “amount to a vast expansion of authority for individual immigration officers and a dramatic increase in efforts to detain and deport undocumented immigrants,” according to a CNN report that outlines targeted enforcement toward those who’ve committed crimes.

Trump’s early actions on immigration have gotten the attention of Hispanics across the country, says Mark Gonzales, president of the Hispanic Action Network. Gonzales told Associated Press reporters the orders have “definitely shaken up our Hispanic community and the immigrant community in particular.”

At the same time, Gonzales also isn’t reading panic into the tea leaves. “He’s making clear that even though they’re going to repeal DAPA and DACA, the Dreamers are not the ones they’re going to come after.” Essentially, Gonzales says, he’s looking for the president to “find a way to deal with Dreamers in the way that is not deportation. That’s good news to our ears.”

According to reports, Trump is currently working with Republican Congressional leaders to work out details on a plan to address those 750,000 immigrants holding DACA status.

“They shouldn’t be very worried,” Trump said in his first interview as president. “I do have a big heart. We’re going to take care of everybody. Where you have great people that are here that have done a good job, they should be far less worried.”

Reports say Trump’s plan around DACA will be ready for announcement by the end of February.