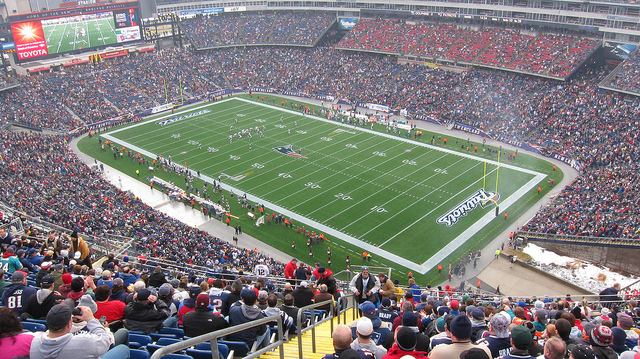 Politics around immigration go beyond policymakers and activists on both sides of the issue and spill onto the gridiron as one Super Bowl advertiser’s message is spiked.

In its 90-second national debut ad, home improvement and supply retailer 84 Lumber crafted a message designed with three goals in mind– to generate national awareness of 84 Lumber, to create workforce pride and to fill jobs within the company. It’s the third prong of the message– the jobs portion– where the political fallout comes in.

According to reports, the ad included images of a “wall blocking people looking for work in the United States, and immigrants unable to cross the border due to the wall.”

“84 Lumber challenged us to create a thought-provoking, 90-second spot that would tell the world who 84 Lumber is and what they stand for — a company looking for people with grit, determination and heart, no matter who they are, where they come from or what they look like,” Michael Brunner told the Pittsburgh Post-Gazette. Brunner is chairman and CEO of Brunnerworks, the ad agency that created the 84 Lumber spot.

Of course, the construction of a southern border wall to keep undocumented immigrants out of the United States was a central tenant of Donald Trump’s political campaign. With his inauguration on January 20, Trump will be in office when the Super Bowl airs on February 5.

Maggie Hardy Magerko is owner of 84 Lumber and says the company is defined by its people. “That’s why we’re casting a wider net,” she said in a statement. “We want the world to know 84 Lumber is the place for people who don’t always fit nicely into a box.”

For executives at FOX, the network that will broadcast Super Bowl LI, 84 Lumber’s political speech appears beyond their comfort level.

“Fox rejected our original commercial because they determined that some of the imagery, including ‘the wall’ would be too controversial,” said Brunner.

But commercial air time during the Super Bowl is coveted among businesses looking to get their brand in front of a wide audience. The ad’s air time, which is specifically slated to run just before half time, is particularly suited to 84 Lumber’s target audience for employee recruitment– males who are 20-29 years old.

Ad time during this year’s Super Bowl is reported at an estimated $5 million for a 30-second spot. With 84 Lumber’s 90-second ad, the company’s tally for the effort comes in at $15 million.

With so much value offered in the time slot– as well as its sizeable investment– 84 Lumber is rejiggering its approach. Brunner and his team have re-edited the commercial to make its contents amenable to the Fox network.

But the tweak is just a tweak, Brunner said. He and 84 Lumber aren’t changing the central message of the commercial.

“While that full story will no longer be told on TV at the Super Bowl, we all believe too strongly in that message to leave it on the editing floor,” he said.