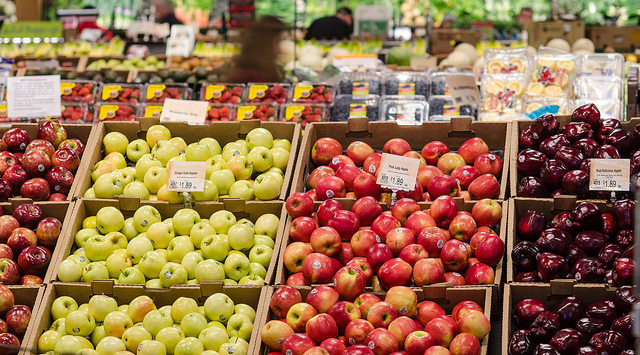 Reverberations ripple through multiple levels of the nation’s immigration communities as policy coming out of Washington D.C. radically tightens under President Trump. In reaction to increased enforcement measures, some immigrants cut ties to public resources while immigration advocates make efforts to minimize effects of the policies.

The Supplemental Nutritional Assistance Program (SNAP), a public program designed to act as a hunger safety net, has seen a decline in immigrant applicants and an increase in those immigrants seeking to withdraw from the program, according to The Washington Post, referring to anecdotal reports.

SNAP, which operates through the Department of Agriculture, strictly prohibits undocumented immigrants from receiving benefits. However, some “mixed eligibility” households means “participation could draw the eye of Immigration and Customs Enforcement (ICE),” according to the news story. The mixed eligibility aspect gets particularly sticky considering it’s not uncommon for undocumented parents to apply for benefits on behalf of their children born in the United States.

Additionally, legal permanent residents who qualify for the program, which is largely based on age and amount of time in the United States, are reportedly shying away from the program for fear participation will cast a negative light in terms of the citizenship vetting process.

Reported numbers from the Department of Agriculture puts the number of noncitizens who received food stamp benefits in the fiscal year 2015 at 1.5 million. In the same year, 3.9 million children who lived with noncitizen adults also received benefits.

“This is a response to the climate of fear and terror that immigrant families are living in because of the Trump administration,” said Jackie Vimo, a policy analyst at the National Immigration Law Center. “These are unfounded fears. But they’re based in this environment, and they’re very widespread.”

Workers in the trenches giving first-hand accounts of how Trump policies affect needy families include Luisa Fortin, a SNAP outreach coordinator at the Chattanooga Food Bank in the Chattanooga Valley, which includes northwest Georgia. Fortin who works with working immigrants reinforces the sentiment of fear gripping many of the families with whom she’s worked. The current political climate, Fortin says, means she’s increasingly asked to explain the impact of food stamps on immigration status. The outreach coordinator is also getting more requests to cancel food benefits altogether.

While Fortin has signed up 200 immigrant families to receive SNAP benefits in the last six months, she fears the tide is now turning to an increase in the number of benefit cancellations.

“I get calls from concerned parents all the time: ‘should I take my kids out of the program?’” Fortin said. “They’re risking hunger out of fear … and my heart just breaks for them.”

The fear around tapping government program resources spreads to other areas as well. One executive director at a Maryland community center that works closely with undocumented immigrants, for example, asked for anonymity to avoid targeting by ICE. This director says she’s seeing families getting by on very little food and willing to settle for a staple diet of rice and beans.

“I have parents who won’t even apply for free or reduced-price lunch because it puts them on the radar,” she says.