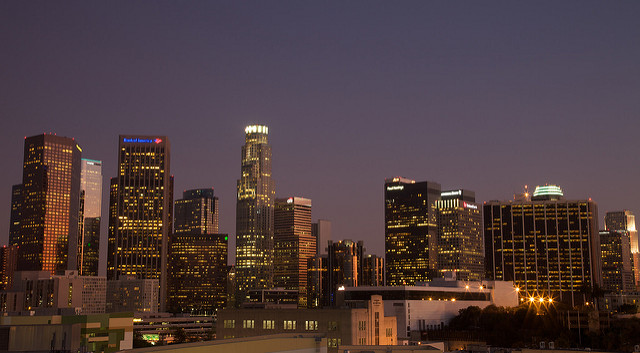 Los Angeles Mayor Eric Garcetti issued Executive Directive No. 20 as a reaffirmation and an expansion of the city’s commitments to residents, regardless of immigration status. The directive restricts that part of the workforce that draws a paycheck from the city’s operating budget from cooperative efforts with federal immigration officials.

The directive, which on March 21, reaffirms the Los Angeles Police Department’s longstanding directive prohibiting officers from determining immigration status. This policy had been in place since 1979. In 2014, city leaders went further in taking immigration status out of the equation by refusing to honor federal immigration officials’ requests to detain undocumented immigrants who are arrested for crimes considered nonviolent.

With his directive, Mayor Garcetti extends the policies around inquiry of immigration status and the prohibition around assisting federal immigration enforcement with either access or information.

At the crux of the mayor’s directive is the twofold goal of providing safety to residents accessing “the vast array of City facilities, programs and services available to them,” according to the decree, and to also ensure that residents will “avail themselves of City services, programs, and resources.”

In terms of specific city employees, the expansion of immigrant-centered policies now extends to the city’s fire chief as well as to the city’s air and port police. The city’s department, office and commission heads and general managers are likewise required to adhere to the guidelines followed by the police department.

Other language in the document addresses “person(s) acting in his or her capacity as a City employee” in prohibiting city money or resources to assist federal agents or agencies. Additionally, federal access to city facilities isn’t allowed in cases where access is unavailable to the general public unless legally required to do so.

In order to provide equal access to public venues, services, and resources, the declaration requires city leaders to provide both of these elements:

City employees are also required to limit personal information collection to only those items that are absolutely necessary. Employees are further directed to treat as confidential any information that allows for the personal identification of an individual’s citizenship or immigration status.

Along with the specific data points outlined in Executive Directive 20, Mayor Garcetti adds historical context and cites the city’s 236-year-old immigration roots, calling those early immigrants people who “saw opportunity where the mountains meet the sea.” More than two centuries later, more than 1.5 million of the city’s residents are foreign-born, and nearly two-thirds of residents are either immigrants or the child and an immigrant.

“My vision is to ensure all Angelenos, regardless of immigration status, are connected to community resources, have access to critical government services, are engaged in civic life, and are informed about critical immigration law and policy.”