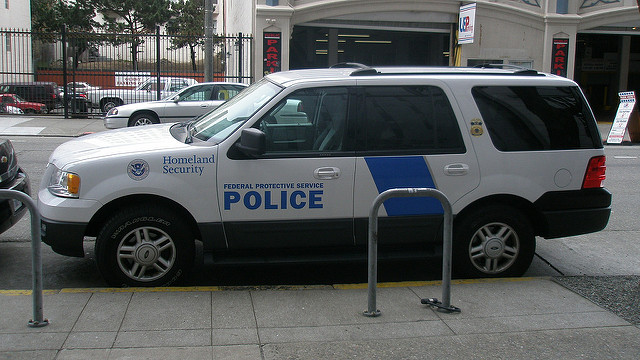 As immigrant communities face a growing number of rumors and scams since President Trump took office, U.S. Customs and Immigration Services (USCIS) and Immigration and Customs Enforcement (ICE) agents work to dispel myths around the inflated fears. In May, two agents accepted an invitation from churches and a school district in the state of Washington to answer questions about the possibility of families being split apart and area businesses left without workers.

USCIS agent Karen Quinn Andrus and ICE agent Melissa Nitsch say immigrant communities have been the target of swindlers ever since the president ordered agents to crack down on immigrants living in the country without documentation.

“When there’s fear, not facts, that’s when they’re vulnerable,” Quinn Andrus said. “There’s been an uptick in fraud.”

Scammers, she says, are finding numerous ways to defraud victims, including selling phony deportation insurance, demanding money while impersonating government officials and sending fake notices designed to gather information for use in scams. People are always encouraged to learn from websites like marketreview.com/insurance/health/ what health insurance is and how one can procure it from bona fide companies, lest that they fall headfirst into the trap these scammers lay.

“It’s really cruel,” Quinn Andrus told The Daily Astorian. “Imagine if you don’t have any authority you can ask.”

ICE Agent Nisch told the group the agency’s deportation targets are undocumented immigrants who commit crimes and those who threaten national security.

“We’re not out there rounding up groups of people who don’t look like they’re supposed to be here,” she says. “We know who we’re looking for.”

While Nisch acknowledges an onslaught of enforcement, she says the agency typically works to avoid arrests in “sensitive” locations like schools, churches, hospitals or other public gathering spots. Although arrests in these locations aren’t always avoided, she says, the preference is to look for suspects in their homes.

The enforcement process hasn’t changed since President Trump came into office, Nisch says. The decision as to whether or not to deport certain immigrants is made by immigration judges. Those who are arrested by authorities, she continues, aren’t likely to be held until their case is heard in court due to the current five-year backlog. What’s more, “those who are arrested and released are given a work permit so they can earn a living while they wait,” according to the report.

While the agents intended to put minds at ease with their statements, they also urge parents to make arrangement for the care of their children in cases where families are separated during a raid. When parents of U.S. citizen children face deportation, the agents say, the decision as to whether or not to take the child is left up to the parents. The other option is to leave the child in the care of another adult in the United States.

While some immigrants have shied away from signing up for the Deferred Action for Childhood Arrivals (DACA) Program due to the need to identify family members and the program’s uncertain future, Quinn Andrus says it’s best to hold DACA status.

“Some status is better than no status,” she says.

Other tips the agents offer include encouraging visitors to avoid letting their visas expire to immigrants to maintain updated status as a means of avoiding rule breaking.

“It’s not an easy path and there aren’t many ways to do it,” Quinn Andrus says. “It’s not about being a good person. It’s about permission to come into the country.”

“We’re trying to be God’s hands and feet,” he says. “The best way to do that is with resources.”