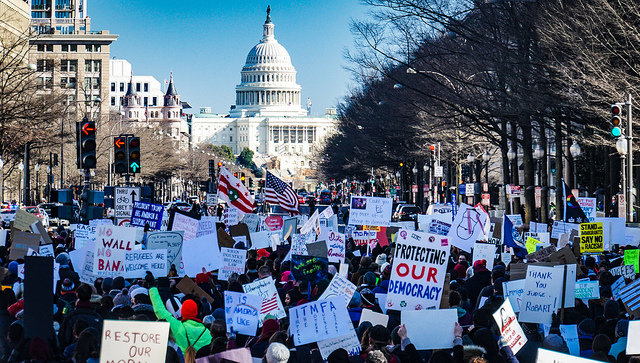 President Trump’s executive order calling for a reprieve on certain foreign visitors and refugees– the travel ban– awaits rulings from two circuit courts before arguments likely head to the U.S. Supreme Court. The cases continue the contentious positions of the two sides and forces each to hone Constitutional arguments.

Early in his term, the president issued two executive orders– each aimed at the same effort– to place a 90-day reprieve on visitors from some Middle East and North Africa countries with mostly Muslim populations. Each order also included a 120-day ban on refugees.

“In the event the two appellate courts reach different results, the travel ban will not go back into effect as long as one court’s nationwide injunction remains in effect,” according to the cable news report.

While the travel ban undoubtedly appears on a future Supreme Court docket, the background if the journey currently remains unclear. If justices on both courts of appeals rule uniformly for or against the executive orders, attorneys will take the case to the Supreme Court. In another potential scenario, the courts could disagree completely in their respective interpretations of the law and the Constitution, which could play out as another element of political intrigue in the case.

The 9th Circuit previously ruled the travel ban negates due process rules. Now judges are considering whether a discriminatory purpose pervades the orders.

“No matter how the two courts rule, I predict this case will go to the Supreme Court,” Cornell Law School professor Stephen Yale-Loehr says. “The issue is too important for the Supreme Court to pass up.”