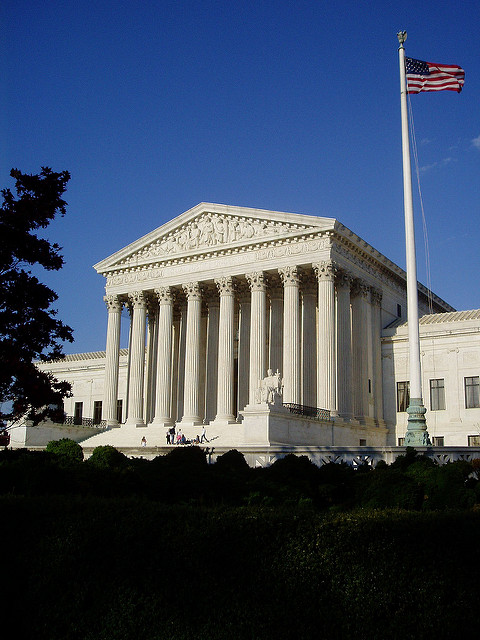 The U.S. Supreme Court allows a limited version of President Trump’s travel ban to take effect and plans to hear wider immigration questions in a case scheduled for fall. The nine justices announced the unanimous decision in late June.

The ban applies to six mostly Muslim countries– Iran, Libya, Sudan, Somalia, Syria and Yemen. In their ruling, the justices agreed a ban is lawful in cases where visitors lack a “credible claim of a bona fide relationship with a person or entity in the United States,” allowing the Trump Administration to move forward with a 90-day ban on certain immigrants from six mostly Muslim countries while imposing a 120-day ban on refugees from the affected countries.

The SCOTUS ruling essentially means visitors from the affected countries must have a “close familial relationship” or have a formal relationship with an employer or university that “must be formal, documented and formed in the ordinary course, not for the purpose of evading,” the travel ban, according to an Associated Press report on the ruling.

Trump Administration argued the ban was necessary as a national security measure to allow for the time and bandwidth to review screening procedures for visa applicants from the six countries. Officials with the administration have said the ban will be ready to go into effect 72 hours after the court ruling.

While President Trump hails the ruling as a victory, calling it a “clear victory for our national security,” some observers say the limited scope justices allowed for the ban “and the silence of the court’s liberals” weakens the Trump win as “people coming to study, work or visit family members in the United States already have sufficient relationships with others already in the country,” according to the AP.

The SCOTUS decision comes in the wake of decisions from two federal appeals courts blocking the travel ban policy, which President Trump announced one week after taking office in January. The ban was halted by the 4th U.S. Circuit Court of Appeals where justices ruled the policy was “rooted in religious animus” toward those following the Muslim faith. The 9th U.S. Circuit Court of Appeals ruled the policy doesn’t comply with current immigration law.

Officials with the Trump Administration told Supreme Court justices they expect completion of the review before Oct. 2, the first day in which the case could again go before the high court.