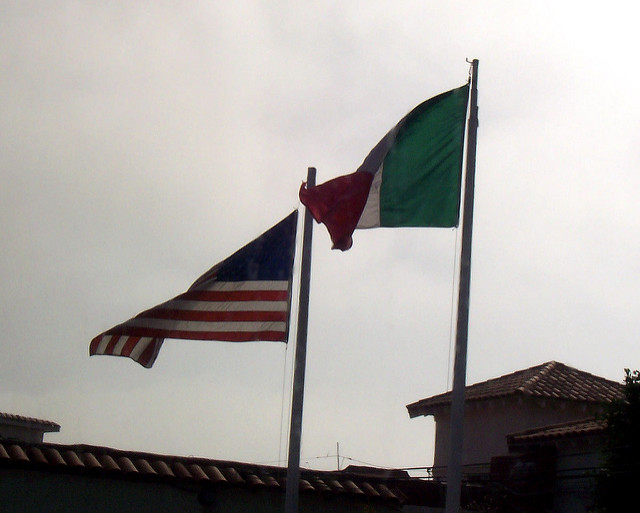 Schools located in border states serve deported immigrant parents with U.S.-born children as families living in Mexico refuse to give up their children’s right to an education in the United States. Hastened by the need to navigate their mixed-citizenship families through President Trump’s immigrant deportation policies, schools in New Mexico, Texas and California educate kids who must carry their passports en route to their classrooms each day.

For more than the past 40 years, the state constitution of New Mexico has guaranteed U.S. citizens a free education, regardless of where they live, according to a CNN report. Other state constitutions don’t hold the same student reach in their constitutions. In other words, a U.S. education in states other than New Mexico means paying private school tuition, something most Mexican families can’t afford.

While access to free public education in New Mexico is a godsend to a growing number of Mexican families, not everyone agrees with the approach. Keith Harris, First Vice-Chair of the Luna County Republican Party, for example, supports education access for U.S. kids but doesn’t agree to the zero cost element.

“They’re getting free tuition while other parents are paying taxes,” he says.

Columbus Elementary offers a bilingual education to students. Students recite the Pledge of Allegiance to the flag of the United States of America every morning in both English and Spanish. Each classroom posts three rules: Show respect; Make good decisions, and Solve problems.

Access to the school has proven critical in maintaining family cohesiveness, and it seems to be growing, says Armando Chavez, Columbus Elementary Principal.

“There is always a silver lining. This school is the silver lining,” Chavez says. But with the uptick in enrollment, Chavez is concerned about keeping up with the influx of students. “I worry about the longevity of this school.”

And although a kind of refuge for many, Columbus Elementary isn’t a place for the faint of heart, says Chavez. “You must have a no-excuses mentality if you’re going to lead this school,” saying student backgrounds encompass “pretty extreme cases.”