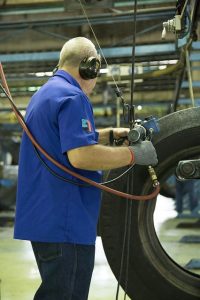 Because not enough U.S. workers are available to fill jobs needed by American business in the fiscal year 2017, the Department of Homeland Security (DHS) and the Department of Labor (DOL) are allowing up to 15,000 more visas are for nonagricultural workers. The decision to increase visas for temporary visas under the H-2B program comes with the determination that U.S. businesses are in danger of suffering “irreparable harm” due to the labor shortage, according to a USCIS release.

Beginning July 19, petitioners who are eligible to file for H-2B visas can file Form I-129, Petition for a Nonimmigrant Worker. Along with the form, petitioners must submit a supplemental attestation on Form ETA 9142-B-CAA.

“Congress gave me the discretionary authority to provide temporary relief to American businesses in danger of suffering irreparable harm due to a lack of available temporary workers,” said DHS Secretary John Kelly. “As a demonstration of the Administration’s commitment to supporting American businesses, DHS is providing this one-time increase to the congressionally set annual cap.”

The secretaries submitted the final rule for the additional 15,000 temporary nonagricultural workers to the Federal Register on July 17 with details on eligibility and filing requirements available in the final rule and on the One-Time Increase in H-2B Nonimmigrant Visas for FY 2017 page.

In addition to creating the increase in temporary nonagricultural workers, DHS also establish a new tip line to report general H-2B abuse and employer violations, information for which is also available on the website.