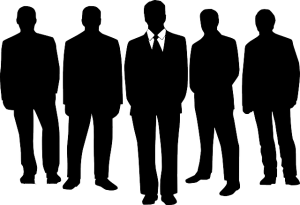 President Trump has put a hold on the Obama-era executive action immigration policy intended to encourage foreign entrepreneurs to settle in the U.S. to build their companies. The freeze on the parole policy stays in effect through at least March of next year and could be canceled altogether.

The International Entrepreneur Rule, a parole program scheduled for rollout on July 17, would have granted entry to foreign entrepreneurs for 30 months to build and grow their business in the United States. The program would have granted special legal status, a work permit and the eventual opportunity for U.S. citizenship.

President Obama signed the International Entrepreneur Rule in his waning days in office. At the time, immigration attorneys considered the program as largely uncontroversial because of its high monetary cost and considered a significant barrier to entry.

Officials from the Obama Administration estimated annual parole eligibility of around 3,000 entrepreneurs. The program called for a $250,000 investment from entrepreneurs, considered a relatively low business start-up cost. Parole renewal required the creation of at least five jobs.

President Trump’s view of the parole program’s weakness centers on its use of discretionary authority, something on which he casts a skeptical eye “and ordered his Homeland Security Department to revoke areas where his predecessor was too generous.”

“The decision is a blow to the U.S. technology industry, which has long relied on foreign talent to fill its ranks,” according to The Los Angeles Times, “and has for decades attracted founders from around the world.”

As previously reported, President Trump spoke in June with a number of Silicon Valley and tech investors on government and technology topics where tech giants from Apple, Oracle, Microsoft and others advocated for an increased immigration of highly-skilled foreign workers into the United States.

Todd Schulte, president of FWD.us, the immigration advocacy organization created by Facebook founder Mark Zuckerberg, calls the program’s cancellation a “setback for the United States in the global race for talent.” The United States needs innovators to “bring their new ideas, expertise and unique skills to our country.” What’s more, revoking the program serves as a disincentive in terms of attracting talent and incentivizes “them to put their talents to work for our competitors abroad.”

Interestingly, National Foundation for American Policy research findings shows more than half of the country’s start-up business valued at more than $1 billion included at least one immigrant founder.