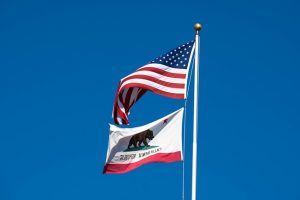 California lawmakers returning to Sacramento tackle a busy agenda that includes a measure to provide sanctuary to undocumented immigrants living in the United States. The measure, which has already passed in the Senate, is expected to include a contentious fight in the California Assembly.

Backed by immigrant and civil rights groups, the bill restricts state and local law enforcement officials from providing their cooperation with federal immigration authorities. The bill, authored by Kevin de Leon, is largely perceived as blowback in response to the election of Donald Trump and his approach to immigration enforcement.

The California State Sheriff’s Association and other conservatives in the state fiercely oppose the bill, saying it would “endanger the public and drive immigration enforcement from jails to neighborhoods,” according to a PBS report.

Gov. Jerry Brown, the broadcaster reports, has concerns around the bill and will address them with de Leon. It’s unclear what changes the governor would like to see in the bill’s final version.

In 2015, California added $141 million to the state’s Department of Motor Vehicle (DMV) budget to allow undocumented immigrant residents in the state to obtain a driver’s license. The move to legalized tens of thousands of undocumented drivers, DMV officials argued contribute to the safety of all California drivers on all California roads.

While the typically progressive stance of state lawmakers is a point of pride for many in the party, Democrats on the national stage are more restrained in offering admiration and praise. As previously reported, they worry the liberal policies adopted in their name on the state level puts them out of step with middle America.

One report deems the proposed sanctuary bill as a kind of tit-for-tat with President Trump’s famous border wall proposal, saying the measure is intended to build a wall between Immigration and Customs Enforcement (ICE) and local law enforcement.