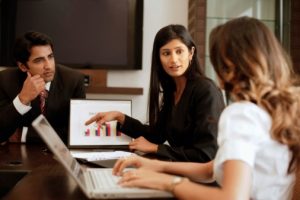 As uncertainty swirls in how immigration policy under President Trump ultimately plays out, foreign-born entrepreneurs are keeping their heads down in plowing forward on developing their businesses. Despite the delay in implementing the so-called start-up visa program for foreign entrepreneurs launching U.S.-based companies, immigrants still strike an innovative chord.

For startup businesses in Massachusetts, incubators help start-ups develop those all-important networks and brain trusts central to shepherding new companies to viability.  For entrepreneurial immigrants facing ever-increasing challenges, Cambridge-based PLUG is an incubator specializing in startup partnerships with businesses with at least one foreign-born owner.

While many business incubators set floor requirements in terms of business sponsorship in terms of grant money or venture capital funding, PLUG criteria include no such hard-and-fast rules. PLUG, created by Oliver Sanchez, includes a 35-seat co-working space and is comprised of 57 percent foreign-born entrepreneurs– hailing from Brazil, China, Ecuador, India, Italy, Mexico Vietnam and Scotland– and 43 percent of business owners who are U.S.-born.

“Unlike other such spaces, PLUG has specialized services for immigrant entrepreneurs,” reads a Boston Globe feature, Services range from training sessions to legal advice. Essentially, the incubator is designed for entrepreneurs with a “great idea but may struggle with English, someone with a product but limited knowledge of American marketing and culture.”

Organizers around PLUG are currently working on a live-translation tech solution designed to translate among meeting participants speaking different languages.

While entrepreneurship always scores highly in terms of American cultural values, PLUG and other immigrant-focused ventures face uncertainty in the realm of immigration policy. One particularly foreboding note around this occurred earlier this summer.

In July, President Trump delayed implementation of the International Entrepreneur Rule, an Obama-era executive action encouraging foreign entrepreneurs to settle in the U.S. as they build their companies. The parole program, scheduled for July 17, required start-up investment of at least $250,000 and the creation of at least five jobs. Had it gone into effect, the program would have granted entry to foreign entrepreneurs into the U.S. for 30 months. Policy officials at the time said the delay could remain in effect until March 2018. Or the order could be canceled entirely.