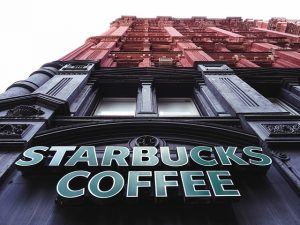 Internet trolls target undocumented immigrants with a fake ad for a “Dreamer Day” at trendy coffee retailer Starbucks on August 11 that offers discounted menu purchases. The fake ad is the latest example of scams designed to take advantage of the vulnerable population.

The false “Dreamer Day” ad, which originally appeared on the community site 4 Chan, offers a 40 percent discount on food and drink bought by undocumented immigrants. The fake ad, which quickly spread via Twitter tweets and retweets, uses the hashtag #BorderFreeCoffee.

Calling the ad “one hundred percent fake,” Starbucks global communication vice president John Kelly shot down the rumor. “We’re sorry you’ve been misinformed,” the company’s Twitter feed reads. “This is completely false. Starbucks is not sponsoring any such event.”

Speculation around using Starbucks as the facade for the ad centers on the company’s reputation for supporting progressive causes, including Deferred Action for Childhood Arrivals (DACA.) Starbucks CEO Howard Schultz, a strong Hillary Clinton supporter, also pledged in January to hire 10,000 refugees after President Trump signed an executive order barring refugee entry into the United States.

While conservatives likely created the fake Dreamer Day promotion as a means of harming Starbucks’ for its progressive politics, scams targeting immigrants– documented and undocumented– are nothing new. These trolls and criminals use the inherent vulnerabilities of immigrants– regardless of status– as easy targets.

U.S. Citizenship and Immigration Services (USCIS) continually offers warnings to its customers about phone scams. With these, con artists attempt to extort funds from immigrants by rigging a false phone number caller ID display and by using fraud and intimidation tactics, often threatening imminent deportation. In May, for instance, scammers posed as officials from the Department of Homeland Security as part of an effort to extort immigrant funds.

“Remember, USCIS officials will never threaten you or ask for payment over the phone or in an email,” according to an agency release at the time. “If we need payment, we will mail a letter on official stationery requesting payment. Do not give payment over the phone to anyone who claims to be a USCIS official.” Additionally, the agency advises, “In general, we encourage you to protect your personal information and not to provide details about your immigration application in any public area.”