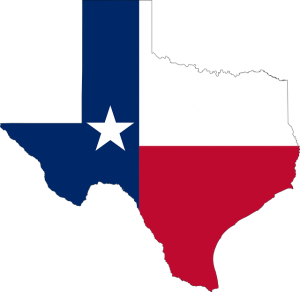 Local jurisdictions with so-called sanctuary policies lose a 5th Circuit U.S. Court of Appeals challenge to Senate Bill 4, passed by the Texas Legislature in May, to forbid interference with federal immigration enforcement. The unanimous ruling reverses a U.S. District Court judge’s injunction on the law.

Local officials seeking to assert limited cooperation between their jurisdictions and federal law enforcement officers include representatives of Austin, Houston, and El Cenizo. SB 4 allows police officers to check the immigration status of anyone they stop for any reason. In August, U.S. District Judge Orlando Garcia kept most of the law from going into effect through a preliminary injunction on several provisions.

SB 4 punishes local officials who pass sanctuary policies with up to a year in jail. The plaintiffs, who had challenged the constitutionality of the law, requires officials to honor all federal authority requests to hold undocumented immigrants– even those individuals who would otherwise be freed through charges that are dropped or dismissed or with a judge’s release on bond.

Holding someone based on a federal law enforcement detention request when the suspect otherwise qualifies for release violates the Fourth Amendment protections against arrest without probable cause, some federal judges have found.

Travis County, home to Austin and the only Texas jurisdiction with a blanket policy to deny some classes federal authority detention requests– those coming from U.S. Immigration and Customs Enforcement (ICE). Beginning in February, Travis County Sheriff Sally Hernandez began following a policy of declining ICE requests unless a suspect was charged with a short list of violent crimes like murder or human trafficking. The approach warranted Travis County’s identification as having adopted the state’s “most contentious ‘sanctuary’ policy,” according to one report.

After meeting with county attorneys to discuss the court’s ruling in late September, Sheriff Hernandez reportedly decided to rescind the policy. Now the sheriff’s office will now honor all ICE detention requests.

“I am confident Senate Bill 4 will be found constitutional and ultimately upheld,” Texas Attorney General Ken Paxton said in a celebratory statement about the ruling, which allows the state to “strengthen public safety.”

In November, a separate panel of 5th U.S. Circuit Court of Appeals judges will hold another hearing to decide whether to maintain partially-blocked portions of the law as the case winds its way through the federal courts.