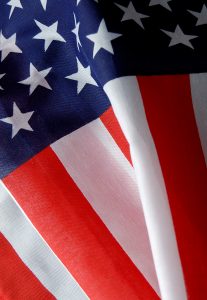 Just a month after President Trump met with senior Democratic leaders in Congress to explore a fix around the waning Deferred Action for Childhood Arrivals (DACA) program, administration officials finalize hardline reform demands, according to reports. In exchange for support on a progressive policy toward DACA beneficiaries, the president will seek to cut legal immigration by more than half over the next decade and to dramatically increase punishments for immigrants living illegally in the United States.

Stephen Miller, President Trump’s top immigration adviser, is crafting the reform proposal, according to Politico. While Miller reportedly has already begun a dialogue with Congressional officials on Capitol Hill, conservative demands in formal DACA and general immigration policy negotiations could serve as a political nonstarter for the Senate and House minority leaders– Chuck Schumer and Nancy Pelosi, respectively.

In August, President Trump announced the end of the DACA program, which President Obama enacted under executive order. With his announcement of ending the program, President Trump also provided a six-month window wherein Congress is expected to hammer out legislation that serves the young immigrants brought to the United States as children within the context of a responsible policy that also benefits natural citizens of the country.

According to The Politico report, which cites three unnamed sources who are “familiar with the talks,” the hard-line immigration plan is “an approach that risks alienating Democrats and even many Republicans, potentially tanking any new deal.” The assessment comes in the wake of an August White House dinner meeting where the president and Sen. Schumer and Rep. Pelosi discussed the DACA and immigration issues. After the dinner, Sen. Schumer and Rep. Pelosi released a statement saying they reached an agreement with the president to combine a path to citizenship along with border security provisions. To this, the president tweeted, “No deal was made on DACA.”

With a perception that the president is softening the hardline stance he took while campaigning, White House Aide Miller “has been working since to bring the president back to the tougher stance,” according to Politico. At the same time, the principles espoused during the campaign might only act as a counterproductive force to the passage of any reform measures and ultimately cut the legs out from under DACA.

According to The Hill, “Democrats and many Republicans panned the principles behind the RAISE Act, arguing that such steep cuts in legal immigration would harm the economy. Democrats also object to eliminating family-based visa preferences.”

For elected officials, the key issues around immigration reform have “centered around what border security measures should accompany relief for DACA recipients, but Democrats have listed wall funding, interior enforcement and increased detention funding as nonstarters.” according to Politico.