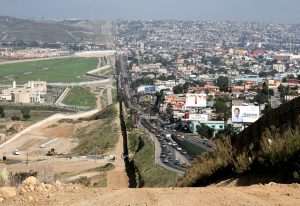 While many lawmakers favor merit-based immigration reform, they also say including all the conservative wish list in proposed legislation could ruin overhaul efforts.  At issue is the need to balance a legislative fix for undocumented immigrants currently protected under the Deferred Action for Childhood Arrivals (DACA) program with more general immigration reform measures.

Sen. John Cornyn (R-Texas) says his hesitation around reform efforts center on a failed legislative track record around immigration. “I do support merit-based immigration reform, but what I don’t want to do is get back into the morasses of comprehensive immigration reform,” according to a report in The Hill. “That’s why I think the simpler and more easily accomplished goal would be to marry up some fix for the DACA beneficiaries with a border security enforcement bill.”

President Trump turned up the heat around the Senate’s need to act on immigration reform by ending DACA, the executive order extending enforcement protections to those undocumented immigrants brought to the United States as children. With the cancellation of the program, Congress has until March 2018 to find a way to maintain protections to DACA recipients– Dreamers.

On the Senate side, lawmakers need 60 votes for passage on any legislation. To achieve this, some Democrats must also back a deal. This is an especially tough challenge considering Democratic representatives face enormous pressure from their activist and progressive base in terms of preventing the implementation of conservative policy.

“That could make it tougher to get a deal on border security provisions that would allow conservatives to back the bill,” according to The Hill report.

Sen. Lindsey Graham (R.-S.C.), who has been in talks with the White House, says he sees a workable deal on the horizon. “What they’re telling me they want, which will remain between me and them, is pretty reasonable,” he says. “We’ll see if we can get there.”