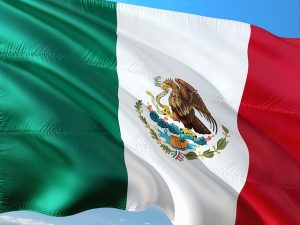 As President Trump tightens constraints on H-1B visas, relied on by U.S. tech businesses to attract high-skilled foreign workers, other countries around the world are stepping up to fill the void– and attracting the expanded operations of companies like Amazon, Facebook, and Oracle. In particular, Mexican businesses and entrepreneurs are preparing to take advantage of the anticipated brain drain accompanying the end the of the Deferred Action for Childhood Arrivals (DACA) program with tech recruiting startups eager to fill the regional void.

“Mexico’s tech sector has been adding jobs at a healthy rate in recent years,” according to a CNBC report, “and all signs point to continued strength.” Specifically, Mexico’s three largest metropolitan areas have each grown at a solid clip this year — Mexico City (8.8 percent), Guadalajara (7 percent) and Monterrey (10 percent.) Growth in each of the cities shows an uptick over last year.

Where Dreamers are concerned, at least one U.S. based company is positioning to help undocumented young people who might be forced to leave the country if Congress fails to act on the issue before current authorizations expire. While tech company Wizeline is based in San Francisco, the firm employs 260 people in Mexico City and Guadalajara.

“This may be a good soft landing for people who are incredibly well-prepared,” says Bismarck Lepe, Wizeline CEO. Dreamers in the United States who find themselves with undocumented status “may be able to take advantage of building their American Dream back in Mexico.”

As DACA status closes for some Dreamers, Wizeline invites them to apply for jobs scheduled to last for one year. After working outside the United States for 12 months, Dreamers are then eligible to obtain the necessary visa to return to the United States through use of the L1 and TN visa categories.

At the beginning of 2017, Amazon opened a new engineering office in Mexico City while Facebook has developed a partnership with local groups to develop regional tech talent. Oracle has plans to expand offices in the Pacific coast state of Jalisco, which could result in hundreds of jobs.

Although 2017 statistics from the Mexican government don’t show an uptick in temporary residence cards for foreign workers, H-1B visa applications declined for the first time in five years. These data points suggest that while “most prospective U.S. H-1B visa applicants are not yet looking south,” at least some of the would-be applicants are disheartened from their efforts to come to the United States.