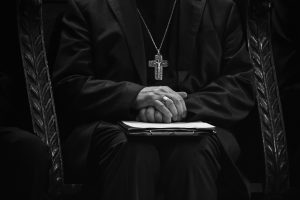 Catholic bishops from around the country hold their annual fall meeting in Baltimore and will discuss the need to view immigration as a humanitarian issue, not a political or legal one. The official Catholic position supports continuous immigration and falls in direct conflict with the position taken by President Donald Trump.

“The urgent need to welcome and integrate new waves of immigrants continues unabated,” Cardinal Pietro Parolin, a leading Vatican official told parishioners at recent mass, according to The Baltimore Sun. “At the same time, the Catholic community is called under your guidance to work for an ever more just and inclusive society.”

During the U.S. Conference of Catholic Bishops annual meeting, which hosts more than 300 bishops from around the country, attendees will hear about the activities over the last year of the body’s working group on immigration. Other agenda items include religious liberty, the right to life and racism.

Events at the meeting also honor the 100-year anniversary of the founding of organization, which began its existence as the National Catholic War Council, which was intended to aid soldiers stationed in Europe during World War I. Over the decades, the organization evolved in its mission to “engage the church of the United States a whole with the Holy See, to talk about issues of common concern in fulfilling the mission that God gave to the church, and to manage our relationships with the government as well as the culture around us.”

Cardinal Daniel DiNardo leads the U.S. Conference of Catholic Bishops. He also heads the Archdiocese of Galveston-Houston and leads 1.7 million Catholics in the Texas region. Of these, 800,000 members are Spanish speakers. DiNardo was voted in as leader of the U.S. Bishop conference about a year ago, just after the election of President Trump.

“Today, our nation has done the opposite of how Scripture calls us to respond,” according to a statement issued by the conference. “It is a step back from the progress that we need to make as a country.”

“Their elections as president and vice president last year were widely viewed as the bishop’s acknowledgment that the growing Hispanic Catholic population is crucial to the church’s future in America,” the news report states.

FOR MORE IMMIGRATION-RELATED NEWS CHECK OUT OUR BLOG!