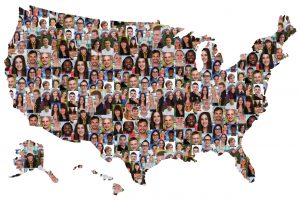 The diversity lottery will likely end to an end as President Trump pointed to the culpability of the visa category in the New York attack, allegedly perpetrated by an immigrant who entered the country in 2010 through the program. The attack strengthens the president’s hand in terms of his support for merit-based visas.

The diversity lottery, which was signed into law under Republican President George Bush in the 1990’s, accounts for around 5 percent of the 1 million green cards issued annually. At the time, the lawmakers supported the legislation as a means of promoting more multicultural immigration to the United States.

The program, which often extends green cards to low-educated, impoverished individuals from countries with a relatively small number of immigrants to the U.S., runs diametrically opposed to the Reforming American Immigration for a Strong Economy (RAISE) Act. The proposed RAISE Act legislation, introduced by Sen. Tom Cotton (R-Arkansas) and Sen. David Perdue (R-Georgia,), gained early support from President Trump with its intention to spur economic growth and raise American worker wages through prioritizing skilled immigration and also by cutting current immigration levels by roughly half.

Besides the assertion that diversity in and of itself is not a useful metric in any kind of viable immigration system, program critics also point to those millions of Americans citizens and legal permanent residents who often must wait years for family members to join them. Their wait is extended by the slots taken by diversity lottery winners.

One solution to solving the problems created by the diversity visa lottery, writes Peter Schuck, emeritus law professor at Yale University in The New York Times, is to allocate the diversity visas to other existing immigration categories. Another approach, he proposes, is a move to the merit-based system endorsed by President Trump.

“There are much better uses for these coveted visas,” he writes in the editorial.