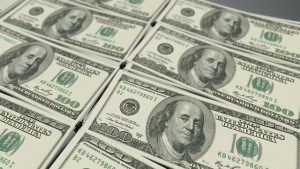 The president continues tightening immigration policies beyond enhanced enforcement and border security policies by adopting a financial aspect to the battlefront– child tax credits for undocumented parents. The provision, part of the recently-introduced GOP tax overhaul reform plan– acts to up the ante around immigration reform as policy makers prepare to play their hands for their greatest leverage around constituent interests.

Currently, IRS rules allow undocumented parents to claim a federal income tax credit up to $1,000 per child in their annual filings. While the proposed plan gives legal residents and citizens an increase in the amount, the child tax credit is unallowed for undocumented taxpayers.

The proposed plan is thorny on multiple fronts. First, many of the children of undocumented taxpayers are U.S. citizens. A report in Business Insider puts the number at 4 million. The story notes think tank research from the Center for American Progress that indicates the tax credit provides “significant long-term benefits for children, improving their educational, health, and career outcomes, on top of helping to mitigate immediate hardship.” Especially for low-income families, the child tax credit “can be key to staying out of poverty.”

Yet another tough spot the tax proposal presents to undocumented immigrants is the rule-of-thumb that filing a return and paying taxes provide a kind of paper trail demonstrating good-faith in filling the social contract. Certainly, the failure to pay taxes is a top reason for denial of citizenship.

On the political front is the end of the Deferred Action for Childhood Arrivals (DACA) program, which President Trump ended earlier this fall. While the president says he looks to handle DACA beneficiaries and Dreamers fairly, the greatest outcome for the group could serve as a bargaining chip in terms of the punitive tax reform. In other words, the passage of the tough tax measures for undocumented parents could act as a trade for a lenient policy toward Dreamers.

The provision to cut off the tax credit for undocumented parents has been introduced repeatedly in recent years. While representing Alabama in the U.S. Senate, Attorney General Jeff Sessions and other conservative lawmakers attempted to pass it as the Child Tax Credit Integrity Preservation Act. If introduced in the tax code, they argued, the provision would save $4.2 billion in the federal budget.