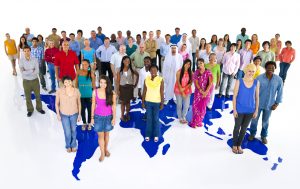 President Donald Trump is renewing calls to end the Diversity Visa Program after reports surfaced that one of the program’s winners was involved in the terror attack in New York City.

Police say an immigrant from Uzbekistan rented a Home Depot truck and used it as a weapon to kill eight people who were on a bicycle path in Manhattan.

The morning after the attack Trump tweeted his plans to end what’s commonly known as the visa lottery.

The New York Times covered a cabinet meeting that same morning where Trump detailed his plans to end the lottery.

“I’m today starting the process of terminating the diversity lottery program,” Trump said. “I’m going to ask Congress to immediately initiate work to get rid of this program.”

The diversity visa program was started in 1990 by then-President George Bush. The program allows immigrants from countries with historically low rates of immigration to move to the United States. Immigrants from eligible countries apply for the lottery and about 50,000 of them are selected each year.

According to the Department of State, nearly 14.7 million people applied for the green card lottery last year. None of the countries on the diversity list can receive more than seven percent of available diversity visas.

Several Congressional leaders took the time to then voice their thoughts on the president’s plan to end the green card lottery.

“The lottery system, I’ve always been against it because it’s random—completely random,” Chairman of the House Homeland Security Committee Michael McCaul, R-Texas, said on “Fox & Friends”. “I thought it should be merit-based…I have been working with Chairman Goodlatte to abolish this system, and I think this case just further demonstrates why that is absolutely necessary.”

Senator Rand Paul’s comments were geared toward making the program more secure by requiring an American sponsor for those who win the green card lottery. He also suggested making sure people from certain countries are not welcome.

“I agree with the president,” Paul said. “There are certain countries with so much terrorism. Maybe we should stop certain countries from sending people here for a while. It’s not like you have a right to move to this country.”

Although Trump says he’s working to terminate the green card lottery, the president does not have the power to shut down the program, according to a report by the BBC News. Trump must rely on Congress to enact a new law that does away with it.

Trump took the time to once again support the RAISE Act, a conservative immigration reform bill that would end the diversity visa program and create a merit-based immigration system.