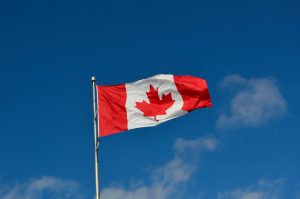 Canadian business delivering high-skilled products and services gain an edge in terms of filling jobs with qualified workers as the implementation of U.S. immigration policy hinders the hiring foreign workers. The benefit to Canada comes as a result of increased hurdles around visa requirements– specifically the H-1B visa programs.

“While much attention has been paid to President Trump’s policies cracking down on illegal immigration,” according to a New York Times report, “the administration has also moved to restrict legal immigration, especially in the tech industry, which draws many workers from abroad.”

The President’s Buy American and Hire American executive order, issued in April, called for rigor in the enforcement of U.S. immigration laws, prompting U.S. Citizenship and Immigration Services (USCIS) to address “rulemaking, policy memoranda and operational changes” toward meeting the directive. As noted in an earlier report, the order also required the advancement of policies to “help ensure H-1B visas are awarded to the most-skilled or highest-paid beneficiaries.”

For Sunil Hirani, an Indian immigrant and owner of electronic global interest rate exchange trueEx in New York, a sympathetic outlook on how the situation plays out for new immigrants means “We’re almost saying, ‘Don’t come,’.”

Hirani, who came to the United States as a child 40 years ago, says business owners simply can’t mesh a solid recruiting effort in the shadow of current policies. “How can you have a ‘Come to New York City’ program if the people of New York City are going to get kicked out? How do you sell that?”

While immigration policy in the United States becomes more restrictive, Canada’s approach capitalizes on the dynamic with that country’s Global Skills Strategy policy, adopted in June. The policy allows high-skilled foreign nationals to obtain a work permit in only 2 weeks.

For companies like Datalogue, a Montreal-based startup that applies artificial intelligence in the preparation and synthesis of data for other business, the juxtaposition of the nations’ implementation of policies makes Canada the more attractive option as a destination. The company recently shopped for software engineers skilled in a relatively uncommon computer language. Skilled foreign workers, says founder Tim Delisle, see the perception of greater stability in Canada as an advantage over the United States.

“It’s becoming less and less sexy to be going to the United States,” Delisle says.