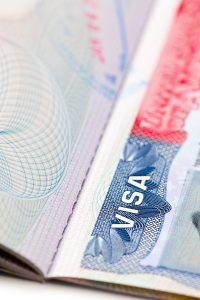 U.S. Citizenship and Immigration Services (USCIS) reached its congressionally-mandated cap for receipt of H-2B worker petitions for the first half of the fiscal year 2018 and a start date before April 1, 2018. The agency accepted the worker petitions through Dec. 15, 2017, and has since begun rejecting the employment requests.

The H-2B program, used by U.S. businesses to employ foreign workers in temporary nonagricultural jobs, currently holds an annual cap of 66,000 per fiscal year. The cap, implemented by Congress, allows 33,000 program workers in each half of the fiscal year, which begins October 1 and April 1.

“Similarly, H-2B workers who have previously been counted against the cap in the same fiscal year that the proposed employment begins will not be subject to the cap if the employer names the workers on the petition and indicates that they have already been counted,” according to USCIS information. In addition, notes the agency, the spouse and children of H-2B workers who are classified as H-4 nonimmigrants are also not counted against this cap.