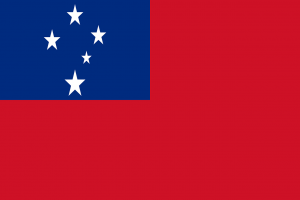 The nations of Belize, Haiti and Samoa no longer appear on the Federal Register listing of eligible countries where nationals have eligibility to receive either an H-2A or H-2B visa in 2018. The updated listing, published on January 18, adds Mongolia to the list of countries eligible for permissions in applying for temporary agricultural and nonagricultural jobs.

Officials with U.S. Citizenship and Immigration Services (USCIS). the Department of Homeland Security (DHS) and the Department of State (DoS) confer together in determining the list of eligible and ineligible countries.

“DHS reserves the right to add countries to the eligible countries list at any time, and to remove any country at any time DHS determines that a country fails to meet the requirements for continued designation,” according to a USCIS release.

Importantly, the release also notes that while agency officials exercise their right to label whole countries as either compliant or noncompliant with visa rules, “their nationals may still be beneficiaries of approved H-2A and H-2B petitions upon the request of the petitioner if DHS determines, as a matter of discretion, that it is in the U.S. interest for the individual to be a beneficiary of such petition.”

According to the Federal Register, the DoS 2017 report of human trafficking lists Belize as a “Tier 3” country, which means the small Central American country “does not fully meet the Trafficking Victims Protection Act’s minimum standards and is not making significant efforts to do so.”

Where Haiti is concerned, the Federal Register reports nationals of the Caribbean island nation who apply for H-2A and H-2B visas as presenting “extremely high rates of refusal, and those issued H-2A or H-2B visas have historically demonstrated high levels of fraud and abuse and a high rate of overstaying the terms of their H-2 admission.”

The Polynesian island nation of Samoa carries a risk of noncompliance as determined by Immigration and Custom Enforcement officials’ assessment of “foreign countries’ cooperation in accepting back their nationals that have been ordered removed from the United States,” according to the register. “Despite attempts to improve cooperation on removals to Samoa, there has not been sufficient progress on removals to Samoa.”