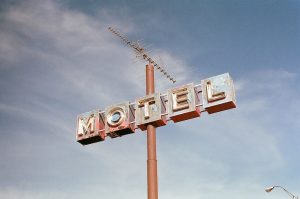 “The agents would look for Latino-sounding names,” the Associated Press reports on Ferguson’s suit. “The agency would then figure out if any of the guests were wanted in connection with civil immigration issues.”

The allegations, filed in a lawsuit early in January, focus on 6 corporate-owned motel locations in the Puget Sound region. The suit alleges motel employees “provided lists of guests to ICE and that at least 6 people suspected of being in the country illegally were detained as a result,” according to an NPR report.

What’s more, ICE agents held no search warrant to obtain the names of guests. This is especially troublesome in light of a previous Washington Supreme Court position finding guest registry information as private.

ICE, which isn’t named as a defendant with Motel 6 in the lawsuit, focuses on motels and hotels as a matter of course as these businesses experience frequent exploitation by “criminal organizations engaged in highly dangerous illegal enterprises, including human trafficking and human smuggling,” ICE spokeswoman Yasmeen Pitts O’Keefe says.

While ICE enforcement activity intends to protect predator victims, the role of Motel 6 in the daily delivery of guest lists to immigration enforcement agents amounts to a deliberate violation of privacy protections.

“Motel 6 trained its new employees to provide guest lists to agents when they asked for it, without requiring agents to show a warrant or probable cause,” according to lawsuit allegations.

Ferguson seeks to impose the civil penalty of $2,000 per infraction on Motel 6.

Besides the Washington connection between Motel 6 and ICE, franchise locations in Phoenix also provided local ICE agents with guest information. At that time, “Motel 6 issued a directive to every one of our more than 1,400 locations” to make the prohibition on handing over daily guest lists clear.