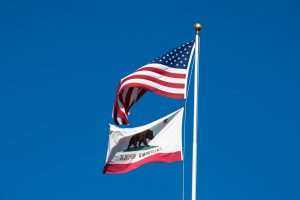 The governors of New York and California– Andrew Cuomo and Jerry Brown– granted pardons to immigrants facing deportation as a means of throwing a roadblock in front of federal removal efforts. The pardons, which the governors issued to immigrants with revoked legal immigration status due to criminal convictions, hardens the divide between state protection and advocacy and federal policy under President Donald Trump.

While Gov. Cuomo acknowledges the pardons offer no guarantee for taking away “grounds for removal for those facing deportation,” according to a report, the pardons act as a “necessary predicate to regaining the right to remain here in the country they call home. “

The governor also makes no secret of the political merits in exercising his executive power. Taking to Twitter to comment on the 18 immigrants who were among the 61 individuals receiving pardons in late December, the governor wrote, “While the federal government continues to target immigrants, we’re making a more just, fair, and compassionate New York,” Both New York and California carry among the states some of the highest immigrant populations in the country. As state and local officials represent the interest of constituents on a relative day-to-day operations level, those places with a strong immigrant presence tend to implement far more liberal policies than those currently implemented under the Trump Administration.

“Both New York and California have defied federal immigration laws and created sanctuary policies,” according to The Epoch Times. “Some sanctuaries, such as in Chicago, New York City and Los Angeles also forbid immigration agent from entering jails” when interviewing convicted immigrants.

Other efforts to protect immigrants who wind up in the justice system include taking a wide latitude as prosecutors in places like Brooklyn, N.Y. and Baltimore, Maryland consider “alternative offenses and sentence modifications” for those infractions that could lead to possible deportation.