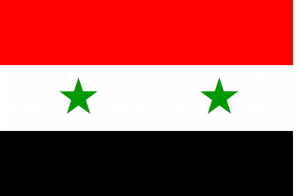 U.S. Citizenship and Immigration Services (USCIS) extends Temporary Protected Status (TPS) to current Syrian beneficiaries who re-register on or before May 4 this year. With the 18-month extension, the TPS designation remains in place through Sept. 30, 2019.

Syrian nations who extend their TPS can also request new Employment Authorization Documents (EADs) with an expiration date of Sept. 30, 2019. Because the timeframes around TPS re-registration processing times are projected as extensive, officials automatically extended current EADs by 180 days to Sept. 27, 2018. Currently, EADs expire at the end of March,

Syrian nationals interested in extending current TPS status submit Form I-821, Application for Temporary Protected Status. Beneficiaries submit  Form I-765, Application for Employment Authorization either along with the TPS extension request or separately at a later date.

The TPS designation for Syria, determined by the Department of Homeland Security (DHS) secretary and interagency partners, initiated in 2012., “based on extraordinary and temporary conditions resulting from the Syrian military’s violent suppression of opposition to President Bashar al-Assad’s regime that prevented Syrian nationals from safely returning to Syria,” according to the Federal Register. Conditions in Syria include “ongoing armed conflict and extraordinary temporary conditions, as well as an assessment of whether those conditions continue to exist as required by statute.”

Official figures put around 7,000 Syrian nationals as current TPS beneficiaries. In the wider scheme, official numbers estimate 11.5 million displaced individuals in and around Syria. And after 7 years of armed conflict, the problems continue to grow.

“Every year of the conflict has seen a massive growth in refugees,” the Federal Register note reads. “ In July 2012, there were 100,000 refugees. One year later, there were 1.5 million. As of January 2018, there were over 5.4 million Syrian refugees in the region.”